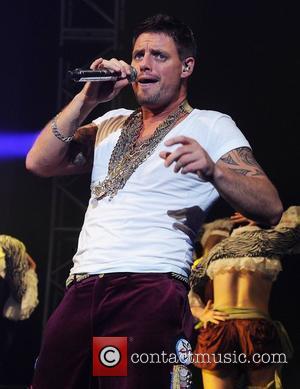 The Bulgarian 25 year old who found Boyzone star Stephen Gately's body hasn't been able to sleep since the tragedy - because every time he closes his eyes he recalls the moment he found the pop star dead.
Georgi Petrov Dochev was staying with the singer and his husband Andy Cowles at their apartment in Majorca, Spain when Gately died on Saturday (10Oct09) - and he was the one who woke to find the body.
He reveals he has been suffering insomnia ever since, telling Britain's Daily Mail newspaper, "I almost have not slept since this happened.
"I found Stephen dead and I woke his husband. Stephen was white and very cold when I found him. I am still nervous and really upset."
Dochev reportedly met Gately and Cowles in a gay club called Black Cat and was invited back to their apartment.
Gately's Boyzone bandmates have checked into a Palma, Majorca hotel and are awaiting the results of an autopsy before helping to ship their dead friend's body back to his native Ireland.
Unofficial reports suggest Gately choked on his own vomit after drinking heavily on Friday night (09Oct09). Police have confirmed there were no signs of violence or drug-taking at the apartment and no evidence of suicide.