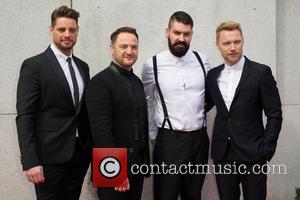 Former Boyzone star Ronan Keating is set to make his theatrical stage debut in musical Once.

The Irish pop star reveals producer Barbara Broccoli, the woman behind the James Bond films, personally called and asked him to take on the role played by Glen Hansard in the hit 2006 movie in London's West End.

Keating tells Britain's Daily Mail newspaper, "It's scary. I never saw myself going into the West End... This is, like, a play with music, and for me it's daunting."

He has been preparing to play busker Guy by taking notes during a recent visit to the Broadway production.

He adds, "I've spent 20 years trying to be Ronan Keating, the musician, so I guess I can spend four months playing another character."

The film and musical centres upon a love story between an Irish musician and a talented immigrant.