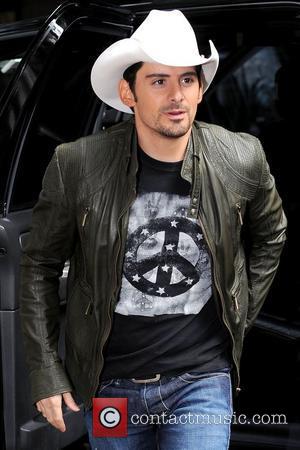 Picture: Brad Paisley outside ABC Studios for an appearance on 'Live with Regis and Kelly' New York City, USA - 02.07.09

Country star Brad Paisley and Star Trek actor Zachary Quinto have joined forces to produce a new TV drama set in Nashville, Tennessee.
The odd couple created the show with writers Neal Dodson and Matt Bomer and now the project has been picked up by U.S. TV network CW.
A press release about the drama suggests the new series will focus on "an aspiring young female singer destined for stardom and a male songwriter whose career isn't as certain."
The show is scheduled to debut next year (10).
Thrilled Paisley says, "I'm very excited to portray the country music world of my favourite town, Nashville, by showing the exciting life of musicians, songwriters and performers - all very talented people."
Many current country stars will make their acting debuts on the show, according to the Celebrity hitmaker.