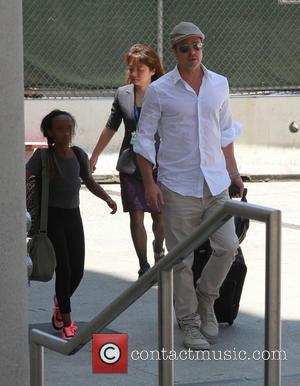 Brad Pitt and new Doctor Who star Peter Capaldi are leading efforts to restore part of a Scottish art school after it was destroyed by a fire last month (May14).

A blaze broke out in the Glasgow School of Art (Gsa) on 23 May (14), wrecking parts of its MACkintosh building, which was designed by acclaimed Scottish architect Charles Rennie MACkintosh.

Officials at the Gsa estimated that restoring the school will cost between $32 million (£20 million) and $56 million (£35 million), while many students' final pieces and portfolios were also destroyed in the fire.

A bursary scheme was launched to aid the students, and bosses at the Gsa have now launched The MACkintosh Appeal to help fund repairs.

Pitt, a well-known architecture connoisseur and fan of MACkintosh, and Scottish actor Capaldi, who graduated from the school in 1980, have now signed on to be trustees of the appeal.

In a video calling for financial aid, Capaldi expressed his hope that they could raise enough money to restore the building "to its former grace".

He added, "There is no greater symbol of the artistic spirit of Scotland than the MACkintosh building... But more than that, it is a symbol of where art belongs, rising as it does out of the heart of a great city. A mighty castle on a hill, it is a part of me, and of all Glaswegians.

"I'm so sorry for all of you who have lost your degree shows. All I can say to you is that you are artists. This will only add to your story. You will be reborn, and rise from the ashes even stronger."