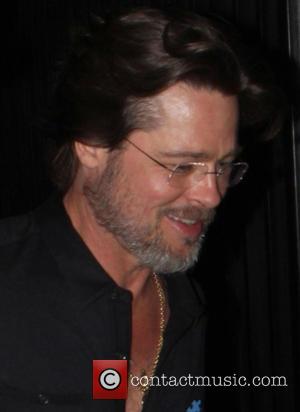 The Fury star has addressed the note to Costco CEO Craig Jelinek, on behalf of the Humane Society of the United States (HSUS), and in the message, he highlights the cramped conditions the chickens face and the health issues the birds commonly suffer from as a result of their tight living quarters.

Pitt writes, "As you know, these birds producing eggs for your shelves are crammed five or more into cages that are not large enough for even one hen to spread her wings.

"In these cruel cages, the animals' muscles and bones atrophy from years of immobilization. That's why the cages are illegal in most of Europe, and why California banned the cages by an overwhelming vote years ago.

"In short, cramming hens into cages for their entire lives constitutes cruelty to animals, and animals deserve better. As you know, many major corporations, from Burger King to Unilever, are getting rid of cages - and Whole Foods hasn't sold eggs from caged hens in years.

"I admire Costco's many positive social commitments. You've shown great courage and integrity on a range of issues. Won't you please extend that sensibility - and basic decency - to chickens?"

Pitt's sentiments echo those made by Gosling last month (Jun15), while comedian Bill Maher has also added his voice to the cause, penning an editorial about battery chickens in the New York Times last week (ends12Jul15).

Costco chiefs have yet to respond to Pitt's appeal, which comes weeks after HSUS officials released an undercover investigation reportedly showing the abuse and mistreatment of chickens from the retail chain's largest egg supplier.