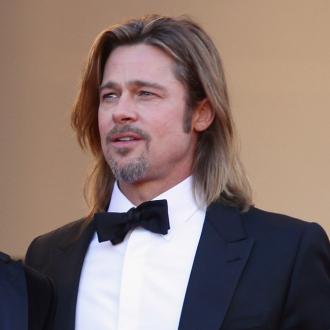 The zombie movie cost around $200 million to make after

requiring an extra 40 minutes of footage be shot in order to give it a coherent ending, and due to the various problems that plagued the set.

At one point at the end of production for the film in Malta, the crew found a number of purchase orders totalling millions of dollars which had been forgotten about.

Marc Evans, President of Production at Paramount, calls the oversight an ''unthinkable action''.

He explained to Vanity Fair magazine: ''It was literally insane. Adam [Goodman, President of the Paramount Film Group] and I believed we'd gotten out of Malta good, and I found out we weren't. That is a nightmare.''

Marc also said when the initial director's cut was shown, the room was left silent.

He said: ''It was, like, Wow. The ending of our movie doesn't work. I believed in that moment we needed to re-shoot the movie.''

Screenwriter Damon Lindelof admits the budget spiralled out of control because of Pitt's initial desire to contain as many aspects of the original book, 'World War Z: An Oral History of the Zombie War', as he could.

He revealed how Pitt - who also acted as a producer - ''took me through how excited he was when he read the book, what was exciting for him, the geopolitical aspect of it. But when we started working on the script, a lot of that stuff had to fall away for the story to come together. We started shooting the thing before we locked down how it was going to end up, and it didn't turn out the way we wanted it to.''

Damon said he saw two solutions, one being to use the footage from the film in a different way so it made sense, or to shoot a different ending - requiring an extra 30 or 40 minutes of footage - which he saw as a long shot.

He said: ''I didn't think anyone was going to say, 'Let's throw it out and try something else. So when I gave them those two roads and they sounded more interested in Road B, I was like, 'To be honest with you, good luck selling that to Paramount.' ''