Brad Pitt claims he gives his children sugary caffeinated drink Coca Cola to wake them up. 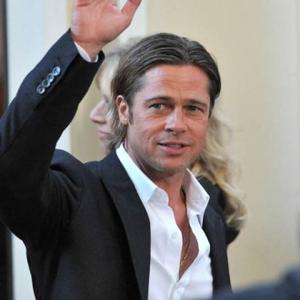 Brad Pitt gives his children Coca Cola to wake them up.

The 'Moneyball' actor admits he and partner Angelina Jolie sometimes find it a struggle to get all six of their kids - Maddox, 10, Pax, eight, Zahara, seven, Shiloh, five, and twins Knox and Vivienne, three - ready for the day so sometimes start the day with the caffeinated soda to give the youngsters an energy boost.

Meanwhile, Brad has revealed he played a prank on his 'Moneyball' co-star Jonah Hill by turning the golf cart he used to travel around on the set into a shrine to gay singer George Michael.

He said on the 'Today' show: "I had Jonah's cart rigged. Whenever he turned it on it would blast 'Wake Me Up Before You Go-Go'. It was pretty good, I gotta say."

Jonah added: "If it was just that, that would be crazy. That would be annoying for me. But he had it shrink-wrapped bright Pink, like neon pink, and superimposed a photo of George Michael on front . So I'd have a meeting and I'd drive up in this, like, insane, absurd, Liberace-style golf cart."