Does Brad Pitt Earn his $7 Million in Chanel No.5 Commercial? 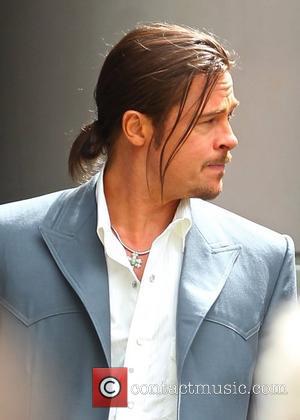 Picture: Brad Pitt filming a scene of his new movie 'The Counselor' on location in London The story is about a lawyer finds himself in over...

Brad Pitt became the first male face to appear in a Chanel No.5 commercial on Monday (October 15, 2012), as part of an advertising campaign that pays the Hollywood star a cool $7 million, according to Women's Wear Daily. In the new black and white ad - directed by filmmaker Joe Wright - Pitt, 48, looks wistfully into the camera.

As with most Chanel ads, there's also an enigmatic faux-philosophical drivel, which when broken down, doesn't really mean anything. On this occasion, Pitt says, "It's not a journey. Every journey ends, but we go on. The world turns, and we turn with it. Plans disappear, dreams take over. But wherever I go, there you are, my luck, my fate, my fortune. Chanel No.5, inevitable." The wishy-washy ad has already come in for scrutiny, with Erik Hayden of Time magazine calling it "nonsensical," adding that its "vaguely existential monologue ... sounds like it could plausibly have been discarded narration from the trailer for Terrence Malick's (film) 'Tree of Life." Chanel No.5 - the first perfume launched by Coco Chanel in 1921 - has previous been represented by Nicole Kidman, Catherine Deneuve and more recently Audrey Tatou in a series of very slick, very French ads.

Pitt's commercial has already racked up millions of hits on YouTube, as well as a flurry of the usual unintentionally comical comments. One user wrote, "WHAT THE HELL IS HE SAYING??!?!? But it's OK because it's Brad Pitt," while another claimed that with Pitt or no Pitt, nobody should be spending $250 on "smelly water."