Is The Academy Set To Ignore Brad Pitt's Killing Them Softly? 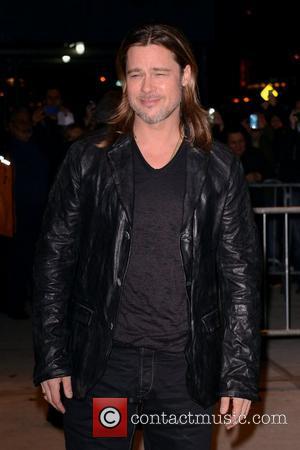 The full release of Brad Pitt's Killing Them Softly has quietly crept up, six months after it premiered to strong reviews at the Cannes Film Festival. The crime-drama reunited The Assassination of Jesse James director Andrew Dominik with Pitt and was originally set for a September 21 release.

The first thing to note is that Killing Them Softly - about an enforcer who is hired to restore order after a mob-protected poker game is robbed - is a Weinstein Company movie. Harvey Weinstein is known for his Oscars game of chess, swapping and changing release dates and masterminding promotional campaigns to give his movies the best possible of chance of winning golden statuettes. Though last year's Margaret Thatcher film The Iron Lady was regarded as a dud by critics, Meryl Streep still managed to walk away with the Best Actress gong, despite Viola Davis' stunning performance in The Help. The power of Weinstein.

Anyway, according to Indiewire.com, Killing Them Softly switched to a November 30 release date for maximum Oscars impact. Weinstein decided that he wanted to roll out Paul Thomas Anderson's The Master closer to his festival premieres. Which is odd, because since making the decision, The Master and Silver Linings Playbook have emerged as the company's biggest Oscars hopes. At best, it looks as though James Gandolfini could snag a nomination for Best Supporting Actor for Killing. Even Lawless seems to have a better chance of winning an Oscar than Dominik's movie.

Currently, Brad Pitt is 100/1 with the bookmakers to win Best Actor, while the movie itself is also 100/1 to win Best Picture. Pretty amazing odds given the Hollywood actor has pretty much been a mainstay in the nominations over the past couple of years. Perhaps his efforts have been targeted at the 2014 ceremony (World War Z, The Counselor), though have the bookmakers grossly underestimated Pitt's performance? The film still holds a 91% rating on Rotten Tomatoes, with critics lauding the thriller. "A good, efficient crime thriller, let down by clunky social commentary but lifted by excellent performances, including perhaps Brad Pitt's recent best," said Empire Magazine. "Killing Them Softly has the rigor and poise of the great American crime pictures of the 1970s," said Robbie Collin of The Telegraph.

So there you have it. Brad Pitt 100/1 to win Best Actor for his critically acclaimed Harvey Weinstein movie. Well we never.