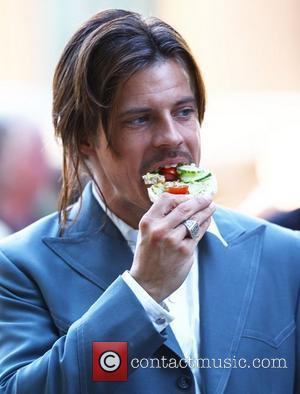 Picture: Brad Pitt's body double takes some time out in between filming scenes for new movie 'The Counselor'. London, England - 08.09.12

Brad Pitt has become the first male to front an advertising campaign for Chanel’s iconic women’s fragrance, Chanel No.5. We’re not entirely sure what’s going on here but we’re fairly certain that it’s got very little to do with gender equality and rather a lot to do with the dollar signs in the eyes of the head honchos at Chanel. One of whom, Joanna Norman, told The Telegraph earlier this year “No one, as far as I know, has ever used a male icon to promote a female fragrance. There is a dual element: for women, there's an appreciation that it's something different; for boys, it makes them think, 'that will impress my girlfriend'. It's a brilliant example of a classic rejuvenated via a youthful icon."

At the age of 48, we reckon that Brad Pitt is very much on the cusp of no longer fitting the bill of a ‘youthful icon’ but let’s not split hairs here. Essentially, Chanel have shifted their marketing angle from ‘here’s the beautiful actress Nicole Kidman – try not to hate her, ladies, try to smell like her, instead’ to ‘hey ladies, here’s Brad Pitt, you can definitely attract Brad Pitt to your bedsit if you smell like this.’ And, most importantly, they have confirmed to straight guys across the globe that it’s OK to buy your girlfriend a bottle of Chanel No.5 because it’s exactly what Brad Pitt would do.

The main ad itself, as published in the Telegraph, depicts Brad Pitt staring at a giant bottle of Chanel No. 5. He looks bemused. He looks well-groomed. He looks like he doesn’t really knowing what he’s doing there or why he’s staring at a bottle of ladies’ perfume. Inside, he’s probably having a good old chuckle at the £4.32 million he reportedly got paid to stand around looking bemused and well-groomed, to shift a few tonnes of perfume to other bemused men, the world over.