Brad Pitt's 'World War Z' is set to undergo a script rewrite and extensive reshoots after problems with the first cut. 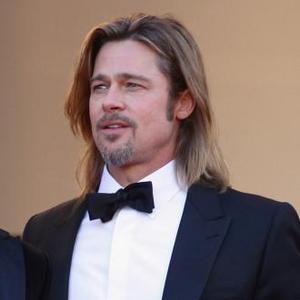 Brad Pitt's 'World War Z' is set to undergo a script rewrite and extensive reshoots even though filming has ended.

The actor - who is also one of the producers - shot the post-apocalyptic horror film in various locations around Europe last year but 'Prometheus' screenwriter Damon Lindelof has been brought on board to fix some problems with the first cut.

Lindelof is thought to be concentrating on the film's third act which reportedly needs serious restructuring.

The December 2012 release date has been pushed back to summer 2013 to allow for six to seven weeks of reshoots in September and October.

The movie is based on the 2006 novel by Max Brooks and also stars Mireille Enos, James Badge Daleand Anthony Mackie.

Marc Forster has directed the film.

The reshoots will be a blow to the studio Paramount who had hoped to turn it into a trilogy.

Brad Pitt's 'World War Z' is being considered as a potential trilogy.

The motion picture sees Brad portray the role of a United Nations fact-finder and family man who travels around the world to visit survivors of a zombie apocalypse which is referred to as World War Z.

Should the film be turned into a trilogy it is thought it will take on the same realism of Matt Damon's 'Bourne' series.