The Bold and the Beautiful to film with blow-up doll

'The Bold and the Beautiful' will feature a blow-up doll in love scenes in order to abide by social distancing guidelines, and will also enlist cast members' real partners to serve as ''kissing doubles''. 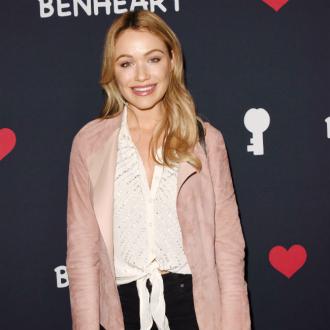 'The Bold and the Beautiful' will feature a blow-up doll in love scenes in order to abide by social distancing guidelines.

Bosses working on the CBS soap - which went back into production in Los Angeles in Wednesday (17.06.20) following a three-month break due to the coronavirus pandemic - have come up with inventive ways to abide by local and industry protocols, and actors will also share intimate scenes with their real-life partners.

Writer Bradley Bell told the New York Post newspaper: ''When we were reviewing the scripts we started taking out all the romantic scenes and [the scripts] just fell flat.

''We put our heads together trying to figure out a way to make these scenes work without breaking the eight-foot [distancing] rule ... and we brought out a doll we used years ago as a corpse.

''We posed it and it was very convincing. ''It's a great doll and we'll be using her with hair and makeup as a stand-in to match some of our leading ladies.''

For now, the series has just one doll, but if the scenes prove convincing, producers are planning to invest in more.

Bradley added: ''We're going to see how it works. We may be investing in more dolls and male dolls. We're searching Web sites and combing Hollywood to see what's available -- so we may be employing a lot of dolls in future love scenes.''

The show is known for its racy scenes so another proposal is to use ''kissing doubles'', which would be actors' real life partners.

Bradley explained: ''We had the idea that, if [the actors] can't touch one other and you can't see them in a tight embrace then that's a real problem.

''So we thought to reach out to some of the husbands and wives of the actors and ask them if they would be body doubles in the kissing scenes. Some of them were interested; we've had stunt doubles before but this is the first time we've had kissing doubles.

''They'll be tested [for COVID] and we'll make sure it's safe and the husband and wife are comfortable kissing, and so we may have some very hot kissing on the show. With camera tricks and editing, it will appear as though it's our leading man with his leading lady.''

The episodes will pick up immediately following March's cliffhanger, which saw Flo (Katrina Bowden) held captive by Sally (Courtney Hope) while her rival was trying to seduce her boyfriend, Wyatt (Darin Brooks), but the pandemic will be referenced eventually, though it won't be the focus of the show.

The writer said: ''Our current plan is to [eventually] mention the pandemic but not to dive into the full story.

''I think we've all lived it. We've always been about fantasy and escapism. It's what we do. We provide our audience with a half hour of romance and fun -- and we also bring some heat and steam.

''We're going to keep the fires stoked here at 'The Bold and the Beautiful.' ''

The Bold and the Beautiful to film with blow-up doll