Bradley Cooper can be 'soppy' 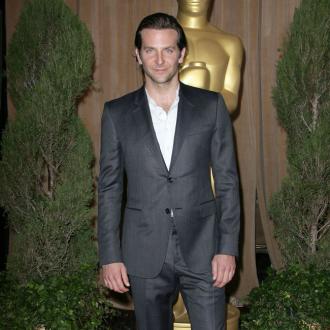 Bradley Cooper admits he can be ''soppy''.

The single 'Silver Linings Playbook' star - who is taking his mother as his date to the Oscars later this month - has revealed he can be extremely ''google-eyed'' when he falls in love but is still hoping he can attract someone with a ''free spirit''.

The 38-year-old actor, who split from his most recent girlfriend Zoe Saldana late last year, recently revealed that his parents are his inspiration and he hopes to have a traditional family home like theirs.

He said: ''I would say I am a romantic, for sure. I think most guys are deep down. I look at my parents, who have been married happily since 1963, and my grandparents are the same. What guy wouldn't want that?

''I think the thought of a traditional family home is awesome. Traditional roles are becoming a thing of the past, but I think there is something still really charming about them.''

Bradley had originally planned to ring in 2013 with the stunning 'Avatar' actress but following their sudden breakup after more than a year of dating he opted to spend some quality time with his family in Philadelphia instead.

The 'Star Trek' beauty is desperate to win him back, but Bradley's mother Gloria doesn't think it is a good idea.

A source previously said: ''Like all moms, Gloria is very protective of her son, and gets to know his girlfriends' well. She approved of his ex Renee Zellweger and they are still friends to this day.

''But she just didn't click with Zoe, found her a little difficult to get to know and it seemed like Zoe was perhaps a little intimidated by her.''