Bradley Cooper used to do ''stupid'' things when he was growing up in a bid to find some ''self-worth''. 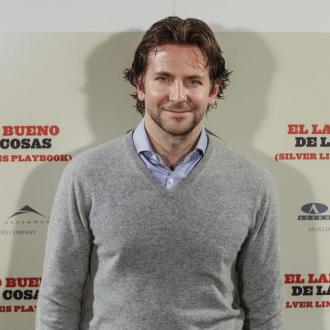 Bradley Cooper used to do ''stupid'' things when he was growing up.

The 'Hangover' star got involved with a ''bad crowd'' during his teenage years in a bid to find ''self-worth''.

He explained: ''There was always this duality with me. On one hand, my father use to call me Two Shoes, because I was always the goodie-two-shoes.

''Then puberty hit and I fell in with a bad crowd and I seemed to find a sense of self-worth by hanging out with these older kids and doing whatever these older kids thought was cool. From the age of 12 I did a lot of stupid s**t.''

One of the incidents which took place was being caught drinking underage at 15, which postponed him from being able to get his driving license.

He continued: ''What a drag, man. It meant I couldn't get my driving license until I was 17 - talk about a buzzkill with the ladies.

''Imagine all your buddies are driving around, picking up their women, and there's little old me having to wait for a lift from my mom. Or saying to some girl, 'Hey, you want to get a train ride? It's romantic!' ''

Despite his run in with the law, Bradley, 38, continued drinking heavily until 2009 until he realised his life was getting out of control and he didn't want to let down his parents.

He told Britain's GQ magazine: ''My life was going in one direction and that terrified me. It scared the s**t out of me. I knew I had to make some changes if I ever wanted to fulfil whatever potential I had as a human being.

''I felt a huge sense of responsibility to my parents, especially to my father. When I took out a loan to go to grad school to act I could see that deep down he was f***ing terrified. He didn't think I had it in me.''