Bradley Cooper grew up in the kitchen

Bradley Cooper says he spent most of his life in the kitchen before becoming an actor and worked as a chef throughout his teens and college years. 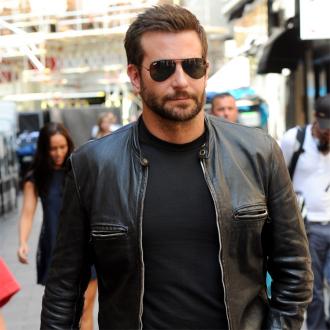 Bradley Cooper spent most of his life in the kitchen before becoming an actor.

The 40-year-old star didn't have to do much research before shooting his upcoming movie 'Burnt,' in which he plays an acclaimed chef battling to secure his third Michelin star, because he worked in a lot of restaurants when he was younger.

The four-time Oscar nominee said: ''I worked for most of my life as a cook. When I was 15, I was a busboy at a Greek restaurant and then I worked as a prep cook through college. My mother's side is Italian, so I grew up cooking all the time with my grandmother.

''Thank God the role was a chef, because I didn't have much time to prep. There's no stunt double. Everything in there I'm cooking.''

Despite becoming one of Hollywood's leading men, Bradley insists he has never had a career map.

He told Details magazine: ''I've never been a guy who has a five-year plan or even a two-year plan. It's not motivating for me to have a map. I have dreams, things you'd laugh at if I told you, but you would have laughed at my dreams in high school, and now they're being fulfilled.''

But the 'American Sniper' star hopes to move behind the camera to direct in the near future.

He said: ''I'm 40 years old. Clint Eastwood directed 'Play Misty for Me' at 40. At some point, I gotta s**t or get off the pot. Because it's fleeting, being in a place where you can create content on this level. While I'm here, I'm going to take advantage.''