Bradley Cooper Reveals He Still Lives With His Mother 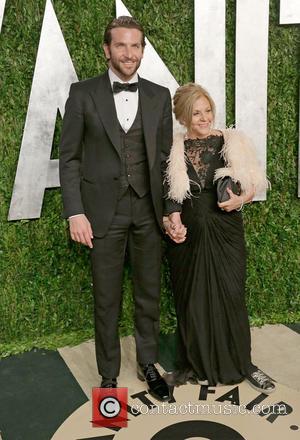 Bradley Cooper has revealed that he’s been living with his mother for the past two years while she struggles to get over the death of her husband and the Hollywood actor’s father.

"Let's face it - it's probably not easy for her, by the way, to be living with her son. It's life. And right now, two years after my father's death, this is where we are," he explained to Details Magazine. "My family is very close, and my dad dying was brutal for all of us. It was a schism, and its aftershock has not stopped. And we need each other. So here we are” he continued.

In a sombre interview, he said of his father’s death: "'Oh, right, I'm going to die too.' Here it is. It's not in a book. It's not in a movie. It's not in a story that was told to me. It's not driving by an accident or watching it on TV. It's someone you love dying in front of you. I was like, 'OK. This is death. And this is going to happen to me one day'. There was a huge freedom that came with that."

He added: "I just don't sweat the s**t. The small stuff. My mind is just less busy now. There were so many times when I would sweat the small stuff. All through my life. High school. College. As an actor. My dad's death allowed me to be more at ease with being myself. And if someone's not going to like me, that's just the way it is."