Bradley Cooper moved in with his mother after his father passed away two years ago. 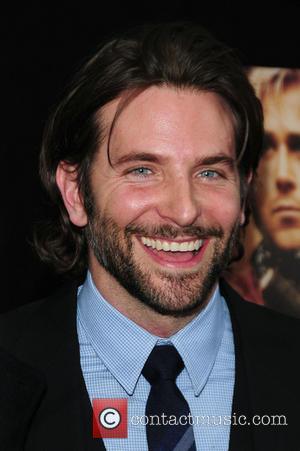 Is Bradley Cooper the nicest guy in Hollywood? The Oscar-nominee is definitely up there. The A-list Hollywood star moved in with his mother following his father's death in 2011, to make it easier on her - they're still living together. "The best way I can answer that is to say we're [my mom and I are] surviving," he told the latest issue of Details magazine, "Both of us. Let's face it: It's probably not easy for her, by the way, to be living with her son. It's life. And right now, two years after my father's death, this is where we are."

The Silver Linings Playbook star nursed his stockbroker father Charles J Cooper through his battle with lung cancer, before watching him die aged 71. "My family is very close, and my dad dying was brutal for all of us," he explains, "It was a schism, and its aftershock has not stopped. And we need each other. So here we are.But don't get me wrong. It's not without complications."

Now, you'd probably assume Cooper - as a multimillionaire - had a huge guesthouse built for his mother. Not so. "She's in the next room. But here's the thing: She's a cool chick. We can hang, and she can roll with the punches. If that wasn't the case, there's no way." As for becoming a father himself, the 38-year-old says "of course", explaining, "I really hope I have that experience in my life.I saw how much joy fatherhood gave my own dad. So I hope it's part of my journey. You go through stages in your life, and fatherhood seems like a natural stage."

Cooper is currently shooting David O'Russell's new currently untitled movie, with Jennifer Lawrence and Christian Bale. It follows the true story of a con artist and his partner in crime, who were forced to work with a federal agent to turn the tables on other cons, monsters and politicians.