Bradley Cooper's Cousin Cost The Actor A Leading Role In A Superhero Movie By Taking His Place At An Audition. 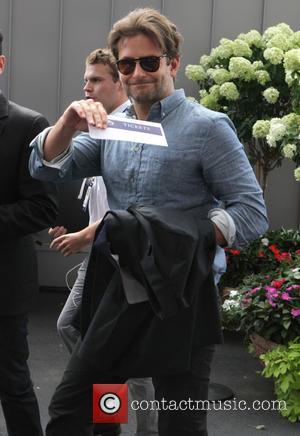 The Silver Linings Playbook's relative, Colin, was visiting him in Los Angeles and Bradley decided to give him a taste of the audition process, so took him to a try out for an unnamed blockbuster.

But when Cooper dashed to the restroom, cousin Colin decided to represent him when his name was called.

"I come back out... and he's gone," the actor tells U.S. chat show host Jimmy Kimmel. "I said (to an assistant), 'Have you seen, like, a stout Italian man?' and her face just went, like, completely white... He was in the room. I walk in and he's taking the meeting.