Bradley Cooper thought he wasn't right for The Hangover

Bradley Cooper believed he'd never get the lead role in booze-fuelled comedy 'The Hangover' because director Todd Phillips was sceptical about casting a little-known actor at the time. 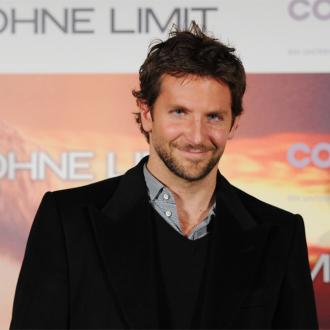 Bradley Cooper didn't think he was ''The Guy'' for 'The Hangover'.

The heartthrob actor was convinced the he wouldn't make the final cut for the comedy film when he first went to audition for director Todd Phillips as he believed hiring unknowns for the project was too risky at the time.

He explained: ''I think my agent had to strong-arm Todd into seeing me that day. Todd and I hit it off in the room, but I could see that I wasn't 'The Guy'. You know? They had very specific actors who they wanted to do the movie with - those actors weren't uninterested.

''And they were unknowns. And when a studio is giving you $15m to make a movie and you want to use three unknowns? No way. So then it just went away. I forgot about it.

''I went up to Williamstown to do a play, 'The Understudy', thinking at least it would help fulfill me creatively, but I had no real idea where my next pay cheque was coming from. Then I got this email from Todd. It was 2pm and we were just doing the matinee performance and then 'ping' ... 'Come on b****es.' ''

Although Bradley's high-profile friends were confused as to why he took on the part, the 38-year-old star was keen to participate and feels ''honoured'' have become successful in the showbiz industry.

''Back then, I had a couple of high-profile actor friends who were pretty successful and they were saying, 'Why are you doing that movie called 'The Hangover'? I read the script and passed.' And I'm like, 'Oh, OK. Well, I'm doing it.'

''Actors are a crazy breed. I feel honoured to be a part of this profession, but I also feel a lot of gratitude that I am not a typical actor. Not at all.''