Is Bradley Cooper Dating Jennifer Lawrence? No, No And No 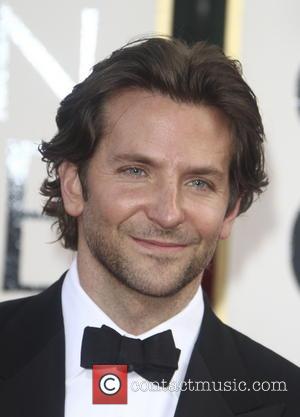 Bradley Cooper has responded to tabloid rumors that he is dating his Silver Linings Playbook co-star Jennifer Lawrence. Following reports that Lawrence had parted ways from boyfriend Nick Hoult, some articles had suggested she was getting close to Cooper.

However, speaking at the Golden Globes on Sunday - where both stars were nominated for best acting awards - Cooper, 38, shut down the gossip. "That's very funny. We've done two movies together, if it didn't happen by now it's not going to happen. First of all, I could be her father. I love her to death, she's amazing, but no." Lawrence responded to the reports with typical good humor, saying, "Things are heating up ... I can't tell you how many boyfriends I've had." The Hunger Games actress later thanked Cooper while accepting the award for Best Actress in a Comedy or Musical. She is the odds-on favourite to pick up the same honour at the Oscars in February.

Cooper and Lawrence recently reunited in front of the camera for Susanne Bier's forthcoming movie Serena. The Depression-era movie follows the story of George Pemberton's timber empire, which becomes complicated when it is learned that his wife cannot bear children.