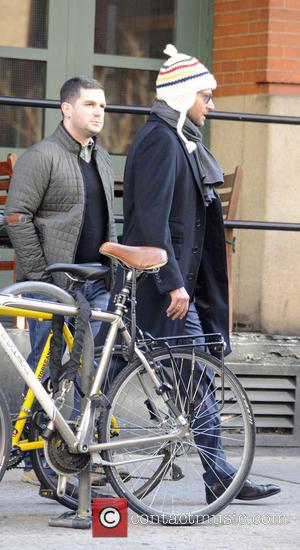 The Hangover star has received a Best Actor nod for his role as a man struggling with mental health issues while his co-star, Jennifer Lawrence, is named in the Best Actress category.

Cooper faces tough competition for the award as he is going up against Oscar-winners Daniel Day-Lewis (Lincoln) and Denzel Washington (Flight), along with Joaquin Phoenix (The Master), Hugh Jackman (Les Miserables) and John Hawkes (The Sessions).

President of the Aacta and Oscar-winner Geoffrey Rush says, "In this, the second year of the Aacta International Awards, we're delighted to build on the huge success of our inaugural event held in La in January 2012. This year's nominees include actors, directors and screenwriters who truly represent international excellence...

"As the Australian Academy engages in the international Awards conversation, it's brilliant to see Australian performers and practitioners nominated alongside international talent... Indeed, the talents of Hugh Jackman, Nicole Kidman, Naomi Watts... stand on their own and will no doubt be honoured by our international screen peers."

The second annual Aacta International Awards ceremony will be held in Los Angeles later this month (Jan13), while the domestic leg of the show will be held in Sydney, Australia on 29 January (13).