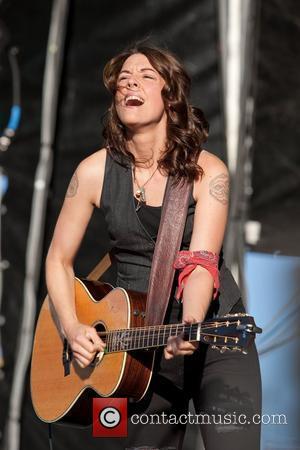 Singer/songwriter Brandi Carlile is hoping her same-sex marriage on Saturday (15Sep12) inspires other young lesbians to dream of a white wedding.
The star will exchange vows with her partner Catherine Shepherd in Massachusetts and she admits she still can't believe she will be able to wed in the state.
She tells Usa Today newspaper, "It was a crazy feeling while I was filling out the paperwork because I felt like I was breaking a law, like somebody was going to come in and say, 'You know you can't have this!' It was so exciting."
The couple's wedding ceremony in Boston will be the first of three - Carlile and Shepherd are also planning a party in Seattle, Washington later this year and in London in 2013, and she admits she's grateful to those who have fought for her right to wed a woman.
She tells the publication, "It's so surprising, and so hard fought... I wouldn't have been able to picture myself married or successful or pursuing my dreams if there hadn't been other people that had done it before me, like role models, and that's why talking about it is so important.
"If a 14 or 15-year-old girl reads this in a small town, who's gay, then she knows that someday she might get to go get a marriage licence and get married, and there's no reason she should stop dreaming about a white wedding because I didn't." 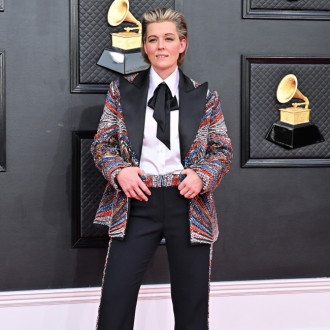