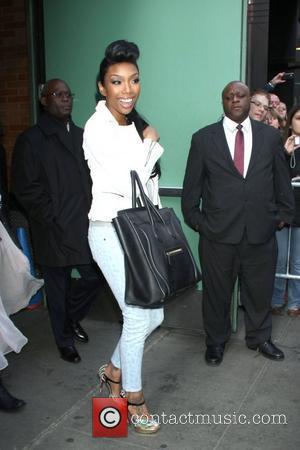 R&B star Brandy was left feeling "crushed" at the age of 18 when her then-boyfriend, Blackstreet singer Wanya Morris, dumped her for another woman.
The singer/actress harboured a big crush on Morris from a young age and her dreams of a romance came true in 1995 after they teamed up to record their hit duet Brokenhearted.
But Brandy's management team, led by her strict mum Sonja Norwood, frowned upon the idea of the 16 year old being involved with Morris, who was five years her senior, and forced the hitmaker to hide the relationship and deny it in the press.
During an emotional VH1 Behind The Music special, which aired in the U.S. on Wednesday (25Apr12), she recalled, "Immediately, everything was about my career. You know, 'What are you teaching young girls? Do they fall in love at a young age? Is that wrong? Is that a sin?'
"It just made me feel like I was all by myself, in that whatever I'm feeling personally is gonna have to be put to the side."
The pressure of keeping the relationship secret and the stress of their high-flying careers caused the couple to grow apart - and Morris left Brandy for another lover in 1997.
She revealed, "He fell in love with someone else, so the worst feeling is to be in love all by yourself. That feels f**ked up, honestly, it just does, and that's the only way I can really put it. It felt like somebody had just completely taken my heart out of my body and just crushed it."