It's dark, it's funny, it's Irish - it's John Michael McDonagh's new film.

The trailer for dark Irish drama Calvary (with black comedy twists) has hit the net, giving us a better look at John Michael McDonagh’s follow up to The Guard. Featuring an immensely talented cast, weaved into a compelling, dangerous plot, it’s got us excited for sure.

The story follows good natured and widely-liked priest James Lavelle (Brendan Gleeson) who receives an odd confession, in which a man says he will kill him, a week on Sunday, once he has his house in order. The rules of the 'Seal of the Confessional' mean he can’t go to the police with his newfound information, and must embark on a quest to discover who has murderous intentions for him – if anyone at all.

Gleeson said Calvary is “about a good priest in an atmosphere where the priesthood is reviled,” in an interview with The Guardian. “We cooked it up one night, just talking,” he added. “It must be really difficult now to be a good priest, given how you've been let down by everything around you. I am interested in good people as well as bad. Not purely good – that would be really dull – but I like the notion of mixing great and terrible figures.”

Attention for McDonagh’s film will be high following the success of The Guard. The comedy saw two policemen join forces to take on an international drug-smuggling gang. The fish-out-of-water tale included an unorthodox Irish policeman and a no nonsense FBI agent, whose union is unorthodox, improbably but 100% necessary.

The Guard managed to accumulate an impressive 95% rating on review aggregator site, Rotten Tomatoes. And while it only managed to pull in $19.5m worldwide, it’s $6m budget adds some welcome context to the figure. Now can McDonagh do it again with Calvary? The film is one of two Irish films that have been selected to have their world premiere at the Sundance Film festival in the US in January, the other being Frank. The chief executive of the Irish Film Board, James Hickey, said that the selection of the two films represented good news for the industry.

“Both Frank and Calvary showcase the excellent work happening right now in the Irish industry and they include a world-class line-up of Irish stars including Michael Fassbender, Brendan Gleeson. Chris O’Dowd, Domhnall Gleeson, Aidan Gillen and Killian Scott," he said. (The Journal) Remember the mayor from 'The Wire'? Yep, he's Irish, and he stars too. (He's called Aiden Gillen) 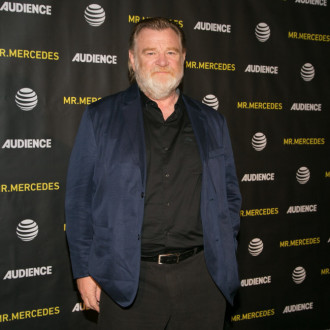