Childhood: Brendan O'Carroll was born in Finglas West, Dublin, Ireland. His parents are Maureen, a Labour Party TD and Gerard O'Carroll, a carpenter. He is the youngest of eleven children. He left school at the age of 12 and had jobs as a waiter, a milkman and a DJ before he became a comedian.

Acting career: Brendan O'Carroll has appeared in various TV roles including on 'Max and Paddy's Road to Nowhere' in 2004, 'Angela's Ashes' in 1999 as well as 'Agnes Browne' for which he wrote the screenplay, 'Sweety Barret' with Brendan Gleeson, 'The Fattest Man in Britain' in 2009 and, of course, his debut 'The Van' in 1996. He has, from 2011, portrayed the character of Agnes Brown in BBC One's 'Mrs. Brown's Boys'. He also presented a show called 'Brendan O'Carroll's Hot Milk and Pepper' from 1996 to 1998.

Other career ventures: Brendan O'Carroll has also written several novels including 'The Mammy', 'The Chisselers', 'The Granny', 'The Scrapper' and 'The Young Wan' many of which have become worldwide bestsellers. He has written screenplays for several films and comedy shows including 'The Course', 'Grandad's Sure Lilly's Still Alive', 'The Last Wedding' and his many 'Mrs Brown' stints such as: 'Mourning Mrs. Brown', 'Mrs. Brown Rides Again', 'For the Love of Mrs. Brown', 'Good Mourning Mrs. Brown'.

Personal life: Brendan O'Carroll married his first wife Dorren in 1977 and had four children before divorcing in 1999. They are Fiona, Danny, Eric and Brendan who died at only a few days old. He married his second wife Jennifer Gibney in 2005. Despite leaving school at 12, he has an IQ of 156 and is a member of Mensa.

O'Carroll criticised 'Panorama's treatment of the show's stars Fiona and Martin Delany and Patrick Houlihan, after they were named in the Paradise Papers tax avoidance scandal.

‘Mrs. Brown’s Boys’ creator and star Brendan O’Carroll has mounted a staunch defence of his daughter and other members of the show’s cast, after they became caught up in the recent ‘Paradise Papers’ tax avoidance scandal.

In an irate letter directed at the BBC’s ‘Panorama’ programme, O’Carroll slammed the producers for the way they treated his daughter Fiona Delany, her husband Martin and fellow co-star Patrick Houlihan – the three cast members named in the leaked documents for spending £2 million in an off-shore tax avoidance scheme.

“She is not an oligarch laundering money through Greek banks, nor does she deal in the arms trade, deal drugs or traffic people,” the letter published in The Sun on Thursday (November 9th) said. “She has never committed a crime in her life, she doesn't have a private yacht or own a collection of luxury cars. She drives a Kia people carrier, which is necessary if you have four toddlers.”

But not all TV viewers were happy with the results of the Radio Times’ reader poll.

Radio Times readers have voted ‘Mrs Browns Boys’ the best British sitcom of the 21st century, beating Ricky Gervais and Stephen Merchant’s ‘The Office’. Over 14,000 votes were cast in the online poll, but many viewers weren't happy with Brendan O’Carroll’s sitcom taking the top spot. ‘Mrs Browns Boys’ has been a ratings winner for the BBC since it began in 2011, but the sitcom has never been a hit with critics. On Twitter users were quick to voice their anger at the poll's result, despite it being decided by a public vote. 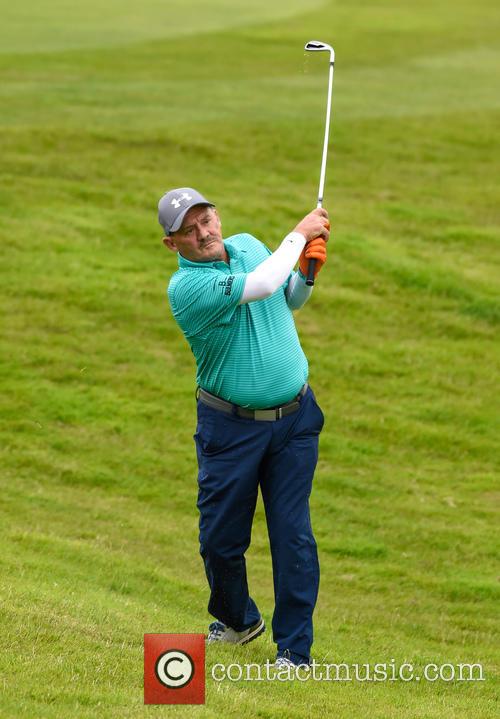 The special, one-off episode is scheduled for summer 2016.

The BBC has announced that its flagship sitcom ‘Mrs. Brown’s Boys’ will have the opportunity to broadcast a one-off live episode in the summer of 2016.

The special episode has been commissioned as part of the BBC’s landmark sitcom season, which has been launched to mark the 60th season of ‘Hancock’s Half Hour’. ‘Mrs. Brown’s Boys’ will be particularly suited to the format, as quite a lot of improvisation happens on set, with some bloopers and moments where the actors ‘break the fourth wall’ being left in during the editing process. 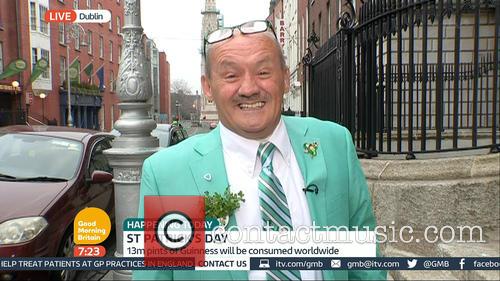 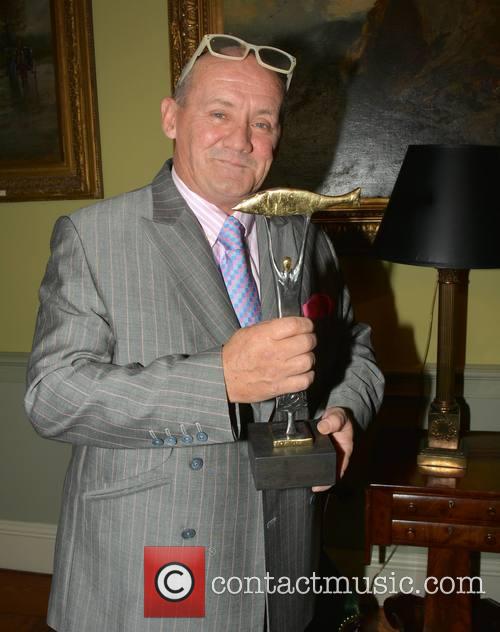 The popular sitcom got the most viewers on Christmas Day for a second consecutive year.

The popular sitcom was the most-watched show on December 25th with 7.61 million viewers tuning in, beating competition from long-running soap ‘EastEnders’ (close behind with 7.55 million). The ‘Strictly Come Dancing’ Christmas special completed a clean sweep of the top three for the BBC, getting 6.98 million viewers for Bruce Forsyth’s much-anticipated return. 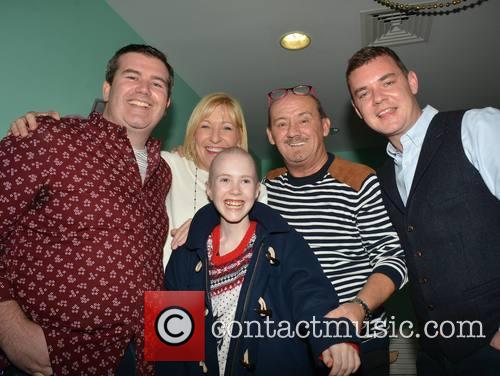 Hit BBC comedy Mrs Brown's Boys saw off the likes of Doctor Who, Downton Abbey and Coronation Street in newly published surprise Christmas Day television viewing figures. The BBC may have been the overall winners in terms of audience share on Christmas Day this year, but Brendan O'Carroll's British-Irish sitcom proved consistently the most popular programme of the day. The show's Christmas Day special, 'Buckin' Mammy', was Mrs Brown's first broadcast of original content this year and was duly rewarded with its biggest live audience on record: an average of 9.4 million viewers, or 35.5 per cent of the viewer share, peaking at 9.8m (37.9%) in its final five minutes. 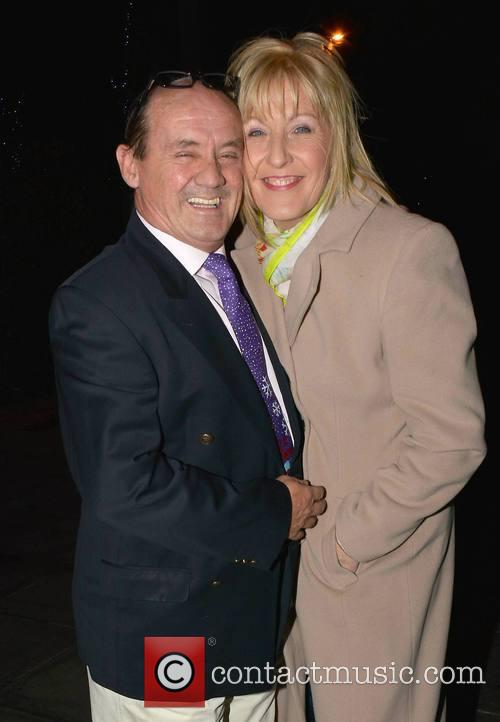 Check out these ridiculous pictures from what promises to be a ridiculous Mr Brown's Boys special.

The Mrs Brown’s Boys New Years Special will premiere on BBC One on Monday December 30th at 9:30pm, with the award winning Irish comedy’s cast sure to get involved in some festive mishaps.

Mrs Brown's Boys is set for a hilarious festive special

Fans anticipating a new season of Mrs Brown’s Boys were dealt a harsh blow this week after star Brendan O’Carroll declared himself too busy to write new episodes. The BBC have announced that the sitcom – one of the organisation’s most popular shows – may not return for another two years.

The final episode of the third series of Mrs Brown’s Boys will be screened next week and has averaged 7.7 million viewers in its regular Monday evening slot. However, it’s unlikely to return until late 2014 as Bafta-winning writer Brendan, 57, is to take the show on the road for a string of dates in 2013. The cast will head to Birmingham, Manchester, Newcastle, Glasgow, Cardiff and London, for huge shows at the O2 Arena. Upon going on-sale last year, Mrs Brown’s Boys Live Tour had sold in excess of 250,000 tickets in a matter of hours. BBC1 controller Danny Cohen will no doubt be urging Brendan to begin work on a fourth run, though the Irishman has already made it clear he intends to pen a movie spin-off too.

Speaking to The Metro following the show’s National Television Awards success, O’Carroll said of the feature-film, “I haven’t actually written it yet,’ he confessed. ‘But it will be really funny…I’ve written the trailer, I haven’t written any more…But if there’s anyone from Universal or the BBC listening I think you’ll really love it when you get it.”

Brendan O'Carroll, the writer and star of the BBC's hit sitcom Mrs Brown's Boys, has confirmed a big screen adaptation of the comedy series will hit cinema screens in June 2014. O'Caroll spoke about the movie after picking up the prize for best situation -comedy at the National Television Awards in London on Wednesday (January 23, 2013).

"We start shooting in September, it's called 'Mrs Brown D'Movie', and that should be released in June of next year to compete with the World Cup - once we've finished that, there may be a possibility of a fourth series," O' Carroll told Yahoo News, adding, "I always said from the very start it would be three series and that would be it, but it's been so successful and they're offering so much money." Refreshing honesty from the comic-writer, who recently revealed he suffered depression when a film project about a Dublin boxer collapsed, landing him in £2.2 million worth of debt in the late 1990s. "It was the first time I'd felt depression like that," he said. "I sat in my house with the curtains drawn for days, thinking, 'God, just take me now. I'm f****d.' I just could not see a way out of it. I was absolutely screwed."

By Athan Bezaitis
Good
I'm always skeptical when I see a Hollywood diva trying to look haggard, poor, and malnourished in a film. Everybody knows that in real life they all have personal trainers and special diets along with the best technology has to offer in keeping themselves looking young and beautiful. So in the first five minutes of Anjelica Huston's latest production, Agnes Browne, when her husband has died and left behind seven young children in a poor area of Dublin, Ireland, the first thing I said to myself was, "There's no way that a woman going through this kind of hardship can look that good."

Set in the year 1967, the film follows the struggles of Agnes Brown, (Anjelica Huston) a recent widow battling to keep her irregularly large family intact (six boys and a girl, ranging in age from 2 to 14). In order to give her husband the funeral he deserves, Agnes must borrow money from the menacing loan shark Mr. Billy (Ray Winstone). As she attempts to pay him back in weekly installments, he terrorizes her and her small children at every street corner. To make ends meet, Agnes sells fruit and vegetables on the street along with her best friend Marion Monks (Marion O'Dwyer). The two are inseparable and Marion is, ironically enough, Anjelica's guardian angel, as she brightens Agnes life and helps her in times of desperate need. When Pierre (Arno Chevrier, a Gerard Depardieu look-alike) comes along in the form of a neighborhood French baker and takes an interest in Agnes, sparks fly as she tries to forge a personal life of her own with the possibility of newfound love, all while dealing with the nuisance of seven hellion children.