BRET MICHAELS has called off his engagement to girlfriend of over 16 years Kristi Gibson. 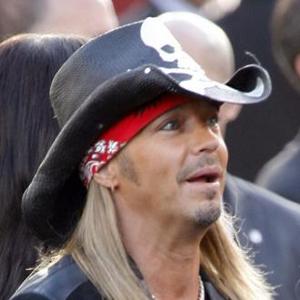 BRET MICHAELS has called off his engagement.

The 'Every Rose Has Its Thorn' singer and his girlfriend of over 16 years, Kristi Gibson, have ended their relationship but have vowed to remain friends for the sake of their two daughters Raine Elizabeth, 12 and Jorja Bleu, seven.

Bret's representative said: ''Although the couple have separated they remain great friends and are committed to jointly raising their two daughters.''

The couple have had a tumultuous relationship, but viewers of Bret's reality TV show 'Bret Michaels: Life As I Know It ' saw the singer propose to Kristi during the finale in December 2010.

Meanwhile, it was revealed yesterday (29.07.12) that Bret is planning a biopic of his life.

Bret - who owns a film production company with close pal Charlie Sheen - wants to document his life and rise to fame with band Poison.

He told the Columbus Dispatch: ''I want to tell the story. Mostly, when you see rock movies, it has to be this over-the-top thing. I want to give people a Bret Michaels movie where they see that my life is a comedy of Errors. I also want to show my fans how to get through the kind of troubles that would leave most people flat on the floor.''