Brian Austin Green is best known for his role in Beverly Hills 90210. He is currently starring in ABCs new show.

By Stephanie Chase in Lifestyle / Showbiz on 10 August 2016

The couple had filled for divorce in 2015, but announced they were expecting their third child together in April.

Congratulations are in order for Megan Fox and Brian Austin Green who are celebrating the birth of their third son. The couple welcomed baby Journey River Green on Thursday August 4, a source has confirmed to People magazine. Fox and Green are already parents to sons three-year-old Noah and two-year-old Bodhi, as well as 14-year-old Kassius, Green’s son from a previous relationship. News of Fox’s pregnancy broke in April, when the actress appeared at CinemaCon in Las Vegas sporting a visible baby bump. By Elinor Cosgrave in Lifestyle / Showbiz on 22 August 2015

Megan Fox has filed for divorce from her husband of five years, actor Brian Austin Green. Fox announced she had separated from Green a few days ago but has already taken steps to officially end their marriage.

Having met in 2004 and following five years of marriage, Fox and Green are said to have called it a day.

Actress Megan Fox has split from her partner of 11 years, Brian Austin Green, according to reports. The couple had been an item since meeting on the set of Hope & Faith in 2004, when Green was 30 and Fox just 18.

A source close to the couple told Us Weekly that the couple have been effectively split up for quite some time. “Megan has separated from Brian,” the insider revealed. “They decided on it six months ago.”

By Holly Williams in Lifestyle / Showbiz on 08 December 2014

Following their close shave with a speeding drunk driver in Los Angeles on Thursday night (December 4th 2014), Brian Austin Green admits he and wife Megan Fox are very lucky to be alive, let alone uninjured, after the collision. Brian Austin Green and Megan Fox are thankful to be alive

The pair were driving near Mulholland Drive and Benedict Canyon Drive on the night in question, when another driver who had been drinking - later named as 35-year-old Ignacio Demaria - collided with their vehicle having come from the opposite direction. Nobody was hurt in the accident, and it has been confirmed that Fox and Green - who married in 2010 on Hawaii's Maui island - were not with their young children, 2-year-old Noah Shannah and 9-month-old  Bodhi Ransom.

The couple fortunately escaped injury after the collision on Thursday night.

Megan Fox and husband Brian Austin Green had a close call on Thursday evening, (December 4th) when their car was hit by a drunk driver in Los Angeles, police have confirmed.

The New York Daily News reports an LAPD source as saying the couple were driving southbound in the area of Mulholland Drive and Benedict Canyon Drive in Los Angeles when another driver lost control of his vehicle while approaching in the opposite direction.

Megan Fox On Parenting: "It's So Hard To Be A Working Mom"

Megan Fox, in a recent interview, has explained why she now appears in so few films. The 'Jennifer's Body' actress explained how she only does one film a year in Los Angeles so she can spend more time with her family.

Megan Fox has admitted she is not "extraordinary ambitious" and, now a mother of two, only appears in movies to ensure her children's future is financially secure. The 28-year-old was recently interviewed in a parenting magazine and emphasised how her children are her main priority. Megan Fox discussed parenting and her two children in a recent interview.

Continue reading: Megan Fox On Parenting: "It's So Hard To Be A Working Mom"

By Michael West in Lifestyle / Showbiz on 16 January 2013

Megan Fox, the American actress and star of the Transformers movies, recently began the process of removing a tattoo of Marilyn Monroe on her arm because she doesn't want to emulate the lifestyle of the iconic blonde bombshell. "I started reading about her and realized that her life was incredibly difficult," she explained to Esquire magazine. "It's like when you visualize something for your future. I didn't want to visualize something so negative."

Fox compared Monroe to Lindsay Lohan, suggesting neither actress was reliable. "She wasn't powerful at the time. She was sort of like Lindsay (Lohan). She was an actress who wasn't reliable, who almost wasn't insurable ... She had all the potential in the world, and it was squandered," she explained. The actress - who recently welcomed her first child with husband Brian Austin Green - has an altogether quieter life planned for her herself. "I can't stand pills," she said, adding, "I don't like drinking. I don't like feeling out of control. You have to understand, there I feel safe. I was raised to believe that you're safe in God's hands. But I don't feel safe with myself." Fox - who recently starred in Judd Apatow's This Is 40 - says she admires a different type of Hollywood icon, The Killers actress Eva Garner. "She had power. She was a broad. She got what she wanted and said what she needed," said Fox.

Fox has no movies projects scheduled for the year ahead, and is expected to spend time with her new-born daughter.

Globes Globes Best Dressed 2013: Who Got It Right? (Pictures)

One thing particularly apparent at the Golden Globes 2013 was that actresses were prepared to take style chances. Not every outfit worked out, but it was worth the risk for many of Hollywood's biggest names. Cherry red was a favored color, while cut-out dresses, black gowns and intricate detailing were in abundance. Connie Britton Got It Spot On With Her Subtle Yet Sparkly Number!

By Michael West in Lifestyle / Showbiz on 19 December 2012

The world is still waiting for its first glimpse of Megan Fox and Brian Austin Green's baby son Noah, with the couple leaving fans guessing as to what the 12-week-old baby looks like. Fox again stopped at home to care for the tot this week, with Green tasked with taking his son, Kassius, Christmas shopping in Los Feliz, reports the Daily Mail.

The former Beverly Hills 90210 actor headed out with his eldest son to pick up some gifts for the family, buying an Atari flashback, a Nutcracker figurine and wrapping paper. The shopping trip came shortly after Fox appeared on the Ellen Degeneres show, speaking about baby Noah's appearance for the first time. "He looks, I would say 70 per cent like Brian. He was his identical twin when he came out and recently he's been getting chubbier and everyone's like oh, he's so chubby now he looks like you and I don't know how I should take that," she told the host. The Transformers star also discussed how she kept Noah's birth a secret for weeks because Reese Witherspoon went into labour with her son Tennessee the day before. "She went into labour the day before I did and all of the paparazzi followed her to Santa Monica and so when I went into labour I went to Cedars [Sinai hospital] and nobody cared or knew or was there and so I got in and out."

Brian and Megan married in an intimate ceremony in Hawaii in June 2010 after a six year relationship. Kassius is Brian's son from his previous relationship to the actress Vanessa Marcil. 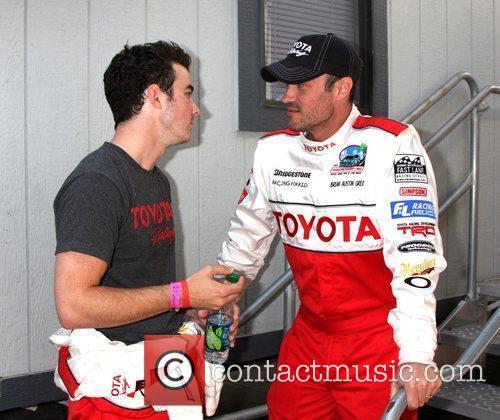 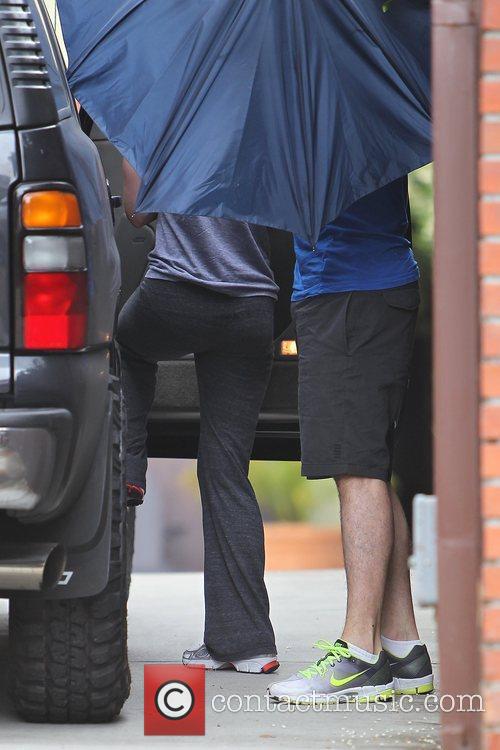 Brian Austin Green Says He's Only Ever Been With Megan Fox 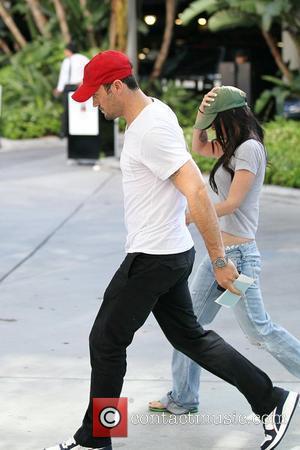 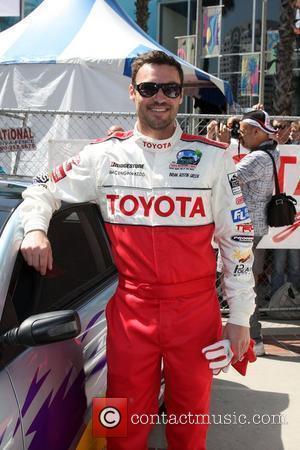 Green's Son Is A Budding Entrepreneur