Movie legends Brian De Palma and Terrence Malick are set to compete for the Golden Lion at the upcoming Venice Film Festival in Italy.
The revered filmmakers' latest movies will be among the 18 in competition in Venice when the 69th annual festival begins at the end of August (12).
Malick's To the Wonder, which features Ben Affleck and Rachel Weisz, and De Palma's Passion, starring Noomi Rapace, became immediate favourites for the grand prize when the list of competition entries was announced on Thursday (26Jul12).
The two films will be up against Zac Efron and Dennis Quaid's new release At Any Price, director Harmony Korine's latest Spring Breakers, which features James Franco and Selena Gomez, and Takeshi Kitano's Outrage Beyond.
Mira Nair's thriller The Reluctant Fundamentalist will open the festival on 29 August (12). 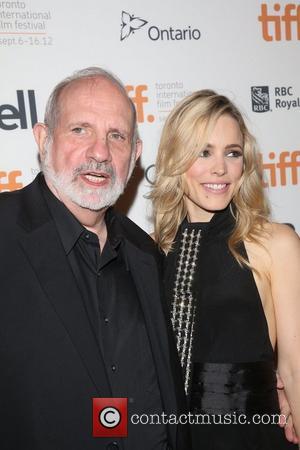