Snow White and the Huntsman's dwarves ''had to like each other'' off-screen for the film to be successful, according to Brian Gleeson, who portrays Gus in the fantasy film. 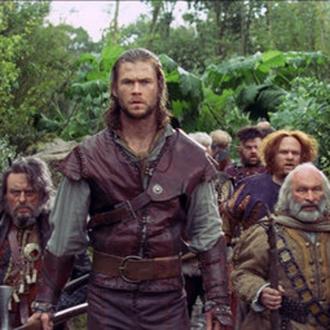 Snow White and the Huntsman's dwarves ''had to like each other'' off-screen for the film to be successful.

Brian Gleeson - who portrays Gus, the youngest of the dwarves, who are also played by Ian McShane, Ray Winstone, Bob Hoskins, Nick Frost and Toby Jones - admits the film could have ''fallen apart'' if the group of ''British acting legends'' playing the diminutive stars didn't get on while shooting the fantasy film.

He exclusively told BANG Showbiz: ''We were four hours in make-up so we kind of had to like each other otherwise it would've all fallen apart.

''It was pretty nerve-wracking to work with so many British acting legends. All the dwarves knew each other so they were having plenty of banter off-screen. They're all really funny guys.

''They were all really dedicated and took it very serious. I was a little bit surprised at that, but not really.''

Brian - the son of 'Harry Potter' actor Brendan Gleeson - was ''absolutely thrilled'' when he was told he'd landed the part of Gus, but he felt some pressure lining up against a host of British stars playing his fellow dwarves.

He added: ''It was touch and go whether I was going to get the part but I was absolutely thrilled. I started seeing online all the actors who had signed up to play the dwarves before I got the call, and I was like, 'Oh no, I hope I get it.' It's such a role call of acting wizards.''

'Snow White and The Huntsman' is released on DVD and Blu-ray on October 1.

From Ireland, this looks like yet another Hangover-style stag-night comedy, but the script has surprising...

Fionnan is the sensitive sort who's filled with excitement about his upcoming nuptials to partner...

It's usually the bride that enjoys organising every little detail for their wedding, but in...