Musicians Brian May And Peter Gabriel Have Signed A Declaration Calling For More Action To Be Taken To Protect Earth From Asteroids. 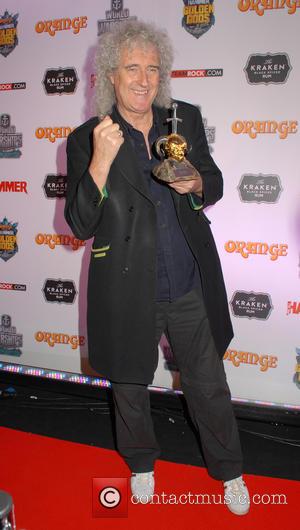 The rockers have become signatories of the 100X Asteroid Day Declaration alongside astronauts and scientists to raise awareness about the need to prevent asteroid collisions on Earth.

An extract from the declaration reads, "There are a million asteroids in our solar system that have the potential to strike Earth and destroy a city, yet we have discovered less than 10,000 - just one percent - of them. We have the technology to change that situation."

Supporters want more to be done to discover and track potentially dangerous asteroids and to make Asteroid Day a global awareness event on 30 June every year.

May tells Britain's The Guardian newspaper, "The aim is to ramp up public awareness of governments to the fact that we are under threat from a meteor strike... It's been made light of, and we've seen some great films, like Bruce Willis saving the day (in Armageddon), but it is a very serious threat.

"It's absolutely possible there's something out there of the magnitude that could wipe out a major city of the world, and that's a very big thing: you're talking about human disaster on a vast scale... This is about saving us all. All the people on the planet, all the creatures on the planet, everything which we have built up and might be proud of. It's a kind of insurance if you like."