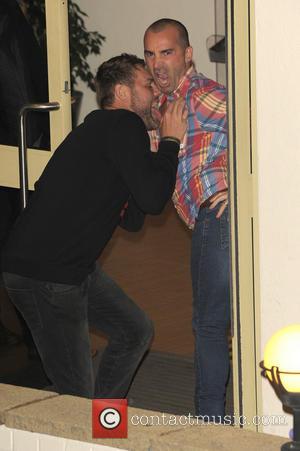 A shopping mall performance by Irish pop star Brian McFadden had to be axed on Thursday (07Nov13) after he turned up minutes late to a Christmas lights switch-on event in Manchester, England.

The former Westlife singer found himself stuck in traffic en route from London to Manchester for the Intu Trafford Centre's annual holiday celebration, and organisers opted not to wait for MCFadden, cut his time slot on stage and asked British soap star Natalie Gumede to flick the switch on the festive decorations on schedule.

Disappointed MCFadden took to his Twitter.com blog to apologise to fans, writing, "Sorry to everyone at the trafford lights. Took 6 1/2 hours from london. Arrived 3 minutes late but trafford centre wouldnt (sic) wait. Sorry".

MCFadden tried to make it up to devotees by spending time signing autographs and posing for photos outside the Trafford Centre.

The singer has been invited to return to the event next year (14).

Speaking on Friday (08Nov13), Gordon MCKinnon, the Intu Trafford Centre's regional director, says, "Sadly Brian MCFadden was caught up in traffic and missed his slot on stage. We had been looking forward to hearing his new acoustic material, so we were extremely disappointed - and we know that Brian was too. We would love to have Brian back next year."