Brian Wilson Almost Had A Meltdown When He Watched Movie Biopic Love & Mercy Because Paul Giamatti Was Too Convincing As His Controlling Therapist Eugene Landy. 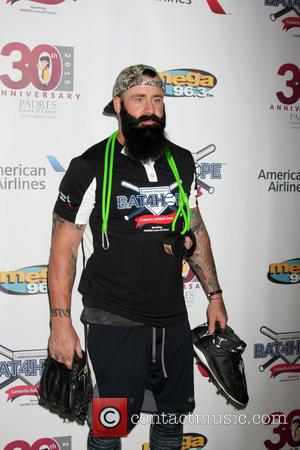 The Beach Boys star was treated for drug addiction and mental health issues by Landy in the 1970s and '80s in a desperate bid to put a stop to his reclusive existence.

Landy eventually helped Wilson to start functioning again, but he later lost his professional licence and was banned from treating Wilson following accusations he had brainwashed the star.

The psychologist's extreme method of therapy for the musician - which involved round-the-clock supervision and total isolation from family and friends - at times terrified Wilson, and he admits Giamatti did such a good job of bringing Landy to life onscreen that it left the rocker and his wife Melinda unsettled.

He tells Mojo magazine, "Paul Giamatti captured it so well, I actually believed that that was Doctor Landy himself! Imagine that!"

Melinda adds, "When Brian and I heard his voice we looked at each other and it was just like, Oh. My. God. This is crazy... The first time I saw it, it freaked me out," and Brian responds, "Yeah! Me too!"