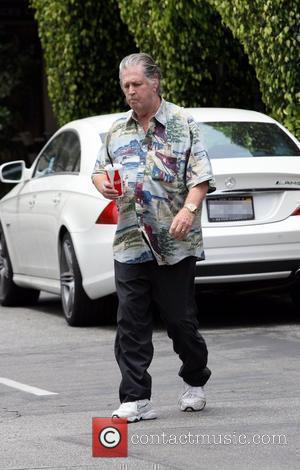 Brian Wilson has dashed fans' hopes of a future Beach Boys reunion tour after announcing retirement plans.
The legendary singer/songwriter, who co-founded the band 50 years ago (61), confesses he's getting too old to keep up with the pressures of life on the road and he has warned his British devotees that his upcoming live shows in London may be his last in the country.
The 68 year old tells Britain's Evening Standard newspaper, "As I get older it (touring) gets harder for me. But when I'm sitting down at the keyboard and my band's behind me, I can do it...
"Another year (before he quits touring), maybe. This could be the last time I play (in London). I'm going to miss it, but I'm getting a little bit old for touring."
Wilson is scheduled to perform three concerts at London's Royal Festival Hall in September (11).
Earlier this year (11), the surviving members of the Beach Boys dismissed reports they were planning a big reunion gig to mark their anniversary, but the bandmates have come together to record a charity single to raise cash for the relief effort in Japan.
Founding member Al Jardine approached the rest of the band to revamp the track Don't Fight the Sea, which originally appeared on his 2010 solo album A Postcard From California.
All proceeds from the charity single, which was released last month (Apr11), will benefit the Red Cross' Japanese relief efforts following the nation's devastating earthquake and tsunami in March (11).