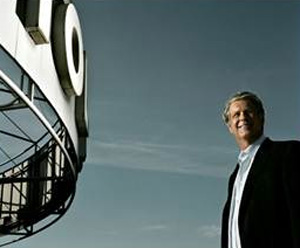 Beach Boys legend Brian Wilson has returned to Capitol Music Group and he is currently recording and self-producing his 11th solo studio album at Hollywood's Ocean Way Studios.  Wilson has been joined in the studio by talented friends he personally invited to record with him, including guitar icon Jeff Beck.

Wilson has also asked his former Beach Boys bandmates Al Jardine and David Marks to join him in the studio, as well as session all-stars Don Was and Jim Keltner.  He has brought in Vinnie Colaiuta and Tal Wilkenfeld, who for several years have toured and recorded as Jeff Beck's rhythm section, and members of Wilson's longtime touring band, including Jeffrey Foskett, Scott Bennett, Paul Mertens, Darian Sahanaja, and Probyn Gregory, have also participated in the sessions.

Last year's Beach Boys 50th anniversary reunion made headlines around the world as one of the year's top entertainment stories.  The iconic band released their 29th studio album, That's Why God Made The Radio, which debuted at No. 3 on the Billboard 200 (the group's best-ever  album chart bow), and embarked on their 50th Anniversary Tour, the band's first major outing to include Wilson in more than two decades. The sold-out trek took Wilson and his former bandmates The Beach Boys to more than 70 cities around the world, including their first concert at the Hollywood Bowl since 1965, headlining performances at the New Orleans Jazz & Heritage Festival and Bonnaroo Music and Arts Festival, and tour-closing concerts at London's O2 Arena and Royal Albert Hall.

Wilson continued to write new songs throughout The Beach Boys' whirlwind anniversary year, which also included a GRAMMY® Award win for him for The Beach Boys' long-awaited SMiLE Sessions release.  He told family, friends, and journalists around the world that he had a rock & roll-driven album in mind, and he looked forward to returning to the studio when he got back home to California.

"I was really moved by the fans' excitement about The Beach Boys' album and tour last year," says Wilson.  "It charged me up and my head was full of music - I just couldn't wait to get back into the studio to let it out."

With rock & roll in mind, Wilson looked to Jeff Beck, a guitar virtuoso named one of the top five players of all time by Rolling Stone and a friend whose music has meant a lot to him over the years.  Wilson says, "When I watched Jeff Beck perform 'Surf's Up' to honor me at the MusiCares Person of the Year event in 2005, I knew I had to find a way to work with him.  He absolutely blew my mind and we've been friends ever since.  Jeff's incredible guitar playing is exactly what I want for my new album and I'm also looking forward to performing live with him soon."

Installed at Ocean Way, Wilson and his hand-picked band of friends have taken a fluid, woodshedding approach to the recording process, letting collaborative creativity drive the sessions.  Wilson is working with longtime collaborator Joe Thomas to hone the arrangements, often assembling pieces from various takes.  Details about the album and its release will be shared soon.

Wilson is pleased to once again be working with his team at Capitol Music Group.  "My long relationship with Capitol and the people there means a lot to me," he says.  "I'm very happy, because the label has grown a lot and I'm working with a great group of people who have welcomed me back to Capitol with good ears and open arms."

Capitol Music Group chairman and CEO Steve Barnett says, "Brian Wilson is simply one of the most important figures in the history of popular music, and he continues to have a far-reaching and influential impact on our culture.  His contributions to the legacy of Capitol Records are immeasurable, and I couldn't be more thrilled that he is once again part of the Capitol family and that he is already employing his enormous musical powers to create new music. What a pleasure for me to say, 'Welcome back, Brian'."

One of popular music's most deeply revered figures and one of the past century's most important composers, Brian Wilson began his career as a teenaged co-founder of The Beach Boys.  The Beach Boys signed with Capitol Records in July 1962 and released their first album, Surfin' Safari, that same year. The band's initial surf-rock focus was soon broadened to include other themes, and 1966's Pet Sounds is universally hailed as one of the greatest albums of all time.  Wilson's innovative vocal and instrumental arrangements for major hits including "I Get Around," "California Girls," "Wouldn't It Be Nice," "God Only Knows," and the No. 1 smash "Good Vibrations" made The Beach Boys America's preeminent band of the 1960s.  With their 50th anniversary reunion, launched with a performance on last year's GRAMMY® Awards telecast, The Beach Boys became the first American band to reach the 50-year milestone.

Brian Wilson has also achieved great solo success with 10 of his own albums released to date, including his acclaimed 2004 completion of an album he first began recording in the '60s, Brian Wilson Presents. SMiLE, which reached Billboard's Top 20 and earned him his first GRAMMY® Award for a recording.  Wilson has also performed major, sold-out SMiLE and Pet Sounds tours in recent years with his own band.  Wilson is a Kennedy Center Honors recipient and a Songwriters Hall Of Fame inductee, and as a member of The Beach Boys, he was inducted into the Rock and Roll Hall of Fame in 1988 and honored with The Recording Academy's Lifetime Achievement GRAMMY® Award in 2001.

Brian Wilson will be performing select shows this summer with Al Jardine and David Marks: