Hollywood stars Brie Larson and Russell Crowe are reportedly on the cusp of joining the cast of 'Kong: Skull Island'. 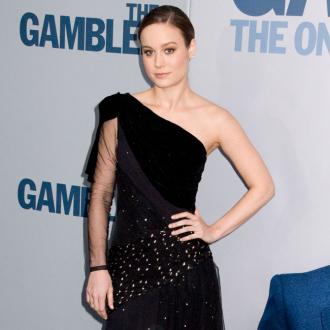 The 25-year-old actress - who's known for her roles in 'Scott Pilgrim vs. the World' and '21 Jump Street' - and the Oscar-winning star are on the cusp of joining the cast of the action movie following the departures of both JK Simmons and Michael Keaton, Deadline reports.

Brie is in talks for the female lead, while Russell is to replace either Keaton or Simmons.

The potential casting would represent a significant career landmark for Brie, who recently co-starred in the Judd Apatow-directed 'Trainwreck' with Amy Schumer and Bill Hader, and is next set to appear in the Lenny Abrahamson-directed adaptation of the Emma Donoghue novel 'Room'.

Meanwhile, it was recently reported that scheduling issues stopped J.K. Simmons and Michael Keaton from taking on their planned roles in 'Kong: Skull Island'.

Keaton, 63, is starring in the child-abuse drama 'Spotlight', while

Simmons has a number of projects currently in the pipeline, including 'The Accountant' and 'Kung Fu Panda 3'.