The Brit Awards 2012 will take place at London's The O2 venue on February 21 next year. 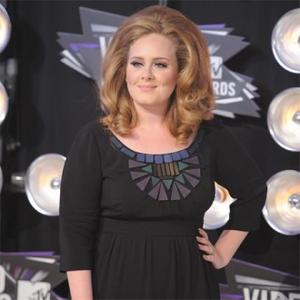 The Brit Awards 2012 have been announced for February 21.

The iconic awards show will take place at London's The O2 venue, and will be hosted for a third year by actor James Corden.

The event's trophies will be designed by artist Sir Peter Blake - who has been responsible for record covers including The Beatles' 'Sgt. Pepper's Lonely Hearts Club Band', Paul Weller's 'Stanley Road' and Oasis' 'Stop the Clocks'.

Peter said: "I am very proud to be this year's designer for the iconic BRIT Award trophy. It is wonderful to be a part of this most important and exciting music event, honouring the greatest of talents shaping our musical landscape. I've enjoyed the creative challenge to honour such leading performers enormously."

The 2011 BRIT awards saw Tinie Tempah take home British Breakthrough Act and British Single for his debut track 'Pass Out' while the biggest award of the night, British Album of the Year, went to folk act Mumford And Sons for their debut 'Sigh No More'.

Performances at the event included Cee Lo Green, Arcade Fire and Adele - tipped to be a big winner in 2012 - who later claimed her rendition of 'Someone Like You' at the show made it the "most life changing night" of her life.

She said: "Its' really bizarre, at the BRIT Awards I was so frightened, I've never been so scared in my life, for anything.

"But it ended up being the most life changing night of my life.

"Everyone stood up, I've never been given a standing ovation by my peers and the industry."

Further details of categories and nominations will follow soon.