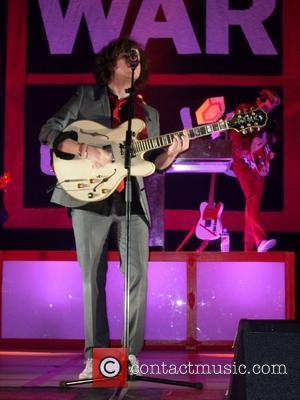 With the Brit Awards taking place tonight, it's hard to look beyond Adele to continue her triumphant awards season following the singing sensation's six gongs at the Grammys across in America earlier this month. The 23 year-old, whose second album '21' sold some 17 million copies worldwide, is up for nods in the Best Female Solo Artist, Best British Single and British Album Of The Year, and it's tough to look beyond her for either.
There is some notable competition though; Florence and the Machine had a fine 2011 with the release of her second album 'Ceremonies,' which itself went to top spot in the UK Album Charts, albeit selling a fraction of the figures that '21' did. That album is also up for Best British Album alongside the Mercury Prize winning Let England Shake by PJ Harvey and Ed Sheeran's '+' which went to No. 1 also earlier this year. Indeed Sheeran might prove to be the male equivalent of Adele at this year's awards, the solo artist is also up for Best Male Solo Artist, British Breakthrough Act and Best British Single.
Looking at the international categories, things are a little more tightly matched. Jay Z and Kanye West might reasonably expect to take the International Group award, having sold over one million units of their 'Watch The Throne' album in their own country, but they'll face stiff competition from the Grammy winning Foo Fighters and Fleet Foxes among others, whilst Bon Iver could win another Breakthrough gong, though there'd be little surprise if recent UK Album Chart topper Lana Del Rey pipped them to the prize with Nicki Minaj also in with a shout. Two awards have already been decided; Emeli Sande will be picking up the Critics Choice Award and Blur have been recognised for their Outstanding Contribution to Music.