The British Style Award winner for the third year in a row was television presenter and model Alexa Chung. Her ensemble seemed to be a real winner on the evening too - a black Simone Rocha frock with ankle boots by Nicholas Kirkwood. Of choosing her red-carpet outfit, Chung told Grazia, "This time round, it was a bit of a nightmare. Ordinarily, I'm quite decisive. I look on Style.com and pick things and if they let me, then I borrow it. Other times, it turns into a bit of a disaster in terms of trying to match a shoe... But it's just clothes so it's fine. It's not the end of the world." It seems the excitement of winning the award for a third time left Chung craving a cheeky cigarette! Addressing the glitzy audience, Harold Tillman CBE, Chairman of the British Fashion Council, said: "The ceremony provides the perfect conclusion to what has been an exceptional year for British fashion and we're very proud to celebrate the achievements of all the nominees here this evening." Check out our full gallery from the British Fashion Awards here! 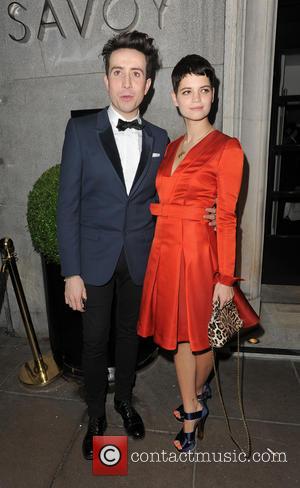