In the fifteen years since she burst into the limelight, it has taken Britney Spears eight albums, two husbands, three engagements, two children and a very highly publicised mental breakdown to finally release what she claims to be her "most personal" album to date. What we get on 'Britney Jean' might not be as personal as the Princess of Pop had alluded to, but it is an insightful glimpse into what makes pop music tick today. With will.i.am lending a heavy contribution to the production of the album, it has his stink all over it and whilst the lyrics often allude to a forlorn life spent in the soulless vacuum of pop, it would be a little rich to consider 'Britney Jean' as an accurate depiction of life as Britney Spears. 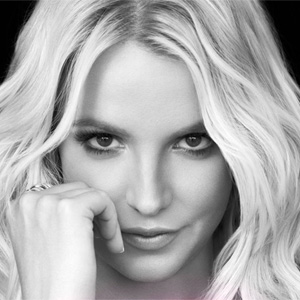 If anything, this sounds as though it is Britney's most interfered with album to date, where her purity and natural ability has been drowned out by unnecessary studio techniques as she masquerades in front of an ostentatious dance pop background. She doesn't even sound like herself here and, whilst that makes a nice surprise every now and then, if this really is her most personal album yet, then the real Britney Spears must be someone drastically different to the one we thought we'd known since the late 90s.

On opening track 'Alien,' the over-worked manipulation of her voice actually sounds quite refreshing and gives the false impression that the rest of the album will be an intimate and reflective affair. As she sings, "I always felt like a stranger in a crowd" Britney sounds lost in a world she has inhabited for over a decade and you begin to hope that the rest of the album will retain this gentleness. Instead, we get 'Work Bitch.'

Working with will.i.am, Nicky Romero, Diplo, David Guetta and others not typically associated with traditional pop, the sound of 'Britney Jean' was always going to be more reflective of the flavours of today than her early 2000s glory years and that is clear from this track onwards. Only occasionally does she depart from the club-friendly sound where she is uncomfortably smothered in passé synth beats and bass drops. You'll have heard it yourself on the album's first single 'Work Bitch', where Brit's voice is mangled through a voice box before being unceremoniously scattered over the latest pile of will.i.am-crafted turd. 'Work Bitch' is the apex of everything wrong with popular music today; overly sexualised and held together with neo-house synth progressions and the odd dubstep wob pilfered from any original source in order to seem 'cool' and 'now.' This isn't the genre-testing Britney of 'Toxic' fame; this is Britney Spears being directed towards the money pot at the end of the radio airplay rainbow. It's a sickly neon rainbow, not the bright and positive track she has sent us down so many times before.

Other than 'Perfume', which is another touchingly delicate single as she pleads, "I hope I'm paranoid, that I'm just seeing things/That I'm just insecure" in her strongest performance on the album, the album goes back to the dance pop template used in 'Work Bitch' over and over. Even the songs that should be imbued with some emotion are devoid of anything worth taking notice of as she gets drowned out by the clutter of the production. 'Chillin' With You', Britney's collaboration with younger sister Jamie Lynn, has that same false sense of security that 'Alien' had when it lulled us into the album. However cheesy the guitar parts sound, the house bridge is frankly embarrassing to listen to and what's more embarrassing, for Britney at least, is that her sister out sings her by some bit, something I'd put down to having confidence in your natural ability. Although the verses from both Spears' siblings are warm and seemingly personal, the song is stripped of any respectability as soon as that awful bridge comes in.

Other than 'Alien', 'Perfume' and the Katy Perry co-penned 'Passenger', this does not sound remotely like Britney Spears; it sounds like a manufactured remake of a once successful pop star rebranded for 2013. Britney Spears used to be the pop star everyone wanted to be like and who everyone tried to emulate, now she sits in the background taking notes with her lousy producer friends trying to copy whatever anyone else is doing. It's hard to take Britney's promise that this is her most personal album seriously, because if it is then Britney Spears must be someone lacking in any sort of originality and who only wants to please the money-makers and not the money spenders - those who got her where she is now. It's a Britney Spears that no-one wants and one that hopefully won't be around for another album's worth of material.