Britney Spears - whose finances are controlled by her father Jamie - still shops for cheap deals in bargain stores and didn't even spend half of her allowance last year. 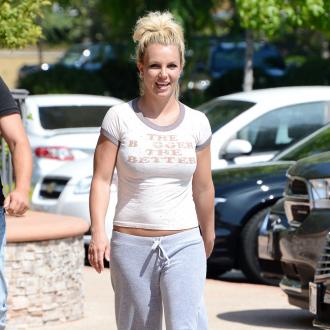 The 31-year-old star's finances have been out of her personal control since her father, Jamie, obtained conservatorship of her in 2008 following a public meltdown and it seems she is content looking for cheap deals despite earning over $10 million last year.

According to gossip website TMZ, Britney spent less than half of her $14 million allowance for 2012, and indulged in fast food restaurants and outlets selling products for less than a dollar.

Her total spending of $6.8million included $63.74 at a 99 Cents Plus store and $11.92 at Pay 99 Cents Or Less while documents obtained by the site showed receipts for chains like Domino's, El Pollo Loco, McDonalds and In-N-Out burger.

Britney's purchases ranged from Subway sandwiches to $3,400 Christmas lights. Only $33,959 of her allowance was used for grooming and wardrobe expenses, a relatively small amount for a huge global star.

She even gave $1,500 to Casey Aldridge, the father of her sister Jamie Lynn's baby.

The 'Scream & Shout' hitmaker is said to be worth $200 million in total, with her conservatorship worth around $36 million last year, which doesn't include any of her share of $68 million earned from her last tour or $15 million from her appearance on 'The X Factor USA'.