Britney Spears and Kevin Federline get on great

Kevin Federline says he and ex-wife Britney Spears have a ''great'' relationship and co-parent their sons well. 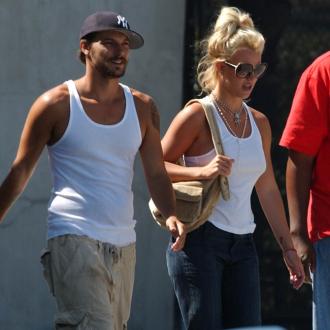 Britney Spears and Kevin Federline have a ''great'' relationship.

The 'Toxic' singer split from the dancer after two years of marriage in 2006, but they get on well for the sake of their sons Sean, nine, and eight-year-old Jayden.

''I had to work this weekend and go to Orange County...so they went to Vegas. And when she has to do something and I need to keep the kids, it just works out well.

''The schedule has been worked out over time. We talk when we need to. It's always about the boys, mostly school stuff and making sure we stay on top of that. It's going great.''

married after just five months of dating and the rapper-and-DJ says their entire relationship was a ''whirlwind''.

Speaking on 'Access Hollywood Live', he said: ''It's like a whirlwind. You're thrown into this limelight and everything kind of happened.

''It was a good time in my life. We have two beautiful children. The way that everything has turned out, everyone is happy.''

These days, Kevin is happier than ever.