Britney Spears Becomes Most Followed On Google Plus 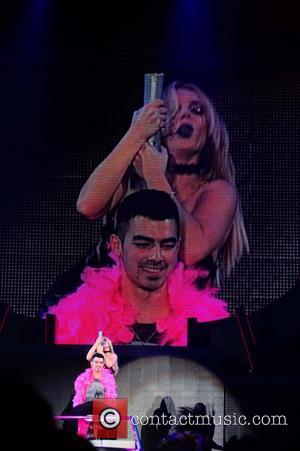 Britney Spears has become the 'most followed' individual on social network site Google Plus, ousting the company's Ceo Larry Page. The superstar singer has accumulated 739,469 followers on the still-relatively young site, edging out Mr Page by just over a hundred followers.
According to MSNbc.com, Britney's rapid rise is a reflection of the website's growth - back in July it was Mark Zuckerberg who was the most followed with just 30,000 fans. The Facebook Ceo still finds himself in the Top 10, alongside rapper Snoop Dogg, model Tyra Banks, reality star Paris Hilton, Google's Sergey Brin, Richard Branson and Jessi June. Despite topping the list, Britney still has a long way to go to match her success on other social networks - she has 11 million followers on Twitter and 15 million on Facebook. Alongside Lady GaGa (16 million Twitter followers), Kim Kardashian (11 million) and Ashton Kutcher (8 million), Britney is among a string of celebrities who have amassed huge followings online.
Some companies appear to have tapped into the relationship between celebrities and their fans on social networks, getting high profile stars to promote their products with subtle tweets. It has been reported that big stars could earn around $10,000 for one tweet mentioning a particular product.