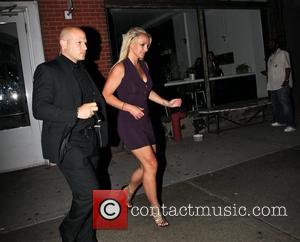 Britney Spears has finally been confirmed as one of the new judges of the US version of X Factor. Joining her will be the former Hannah Montana star Demi Lovato. As the major TV networks in the USA announced their fall 2012 schedules, Associated Press reports that the Fox network will be looking to 30 year-old Britney and 19 year-old Demi to boost viewer ratings for the ailing singing talent show.

There has been a great deal of speculation over who would fill the seats vacated by Paula Abdul and Nicole Scherzinger, who resided last season. For several weeks, a deal with Spears is known to have been on the cards, but it was not confirmed until she arrived at New York's Beacon Theater, sporting a white minidress, accompanied by the show's creator Simon Cowell, as well as Demi Lovato and La Reid. Spears said "I'm so excited about the whole experience. It's going to be so much fun and different from anything I've ever done. I'm ready to find the true star." Lovato told the assembled press that she was "totally stoked" about joining the show.

Fox will also be making efforts to boost the ratings of another two its biggest shows. Glee will move to a Thursday night slot, following X Factor at 9pm. American Idol is also expected to see some alterations for the next series, although Fox's entertainment bosses have not yet specified what they might be; perhaps waiting for the current season to end before the announcements are made.