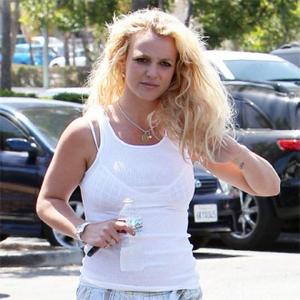 Britney Spears has a track with a "rock feel" which features Travis Barker on 'Femme Fatale'.

The 'Hold It Against Me' hitmaker worked with the heavily tattooed Blink-182 drummer on a track for her forthcoming album, which producer Rodney Jerkins describes as "out of her norm".

He told MTV: "I'm really excited. I did two songs on her album, and one of the songs I did, I brought in Travis Barker.

"It's got this rock feel which is out of the box, out of my norm, and I think it's out of her norm as well. We had a great time making this record."

Rodney - who has previously worked with artists including Michael Jackson, Beyonce Knowles and Spice Girls - also told how Britney had a lot of input on the tracks, saying she was "very hands-on" and is "a top-notch veteran pro at this now."

Britney has herself previously described the album as "moody, edgy pop with a lot of energy."

Travis has most recently been in the studio working with Blink-182 on their comeback album, their first since their self titled fifth album in 2003.