Britney Spears is reportedly upset with the small stage for her Las Vegas residency and fears it will expose her lip-synching. 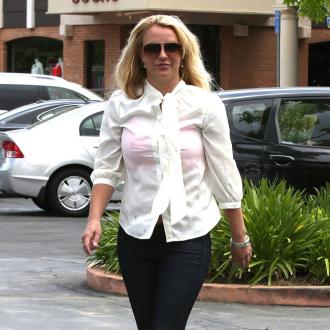 Britney Spears is unhappy with the stage set for her Las Vegas residency.

The 'Toxic' hitmaker will embark on a two-year show, 'Britney Spears: Piece of Me' at Planet Hollywood Resort & Casino on December 27, and she is concerned that her performance will take place in the same room that previously housed 'Peepshow' - a burlesque show which Holly Madison, Mel B and Coc Austin previously performed in - as it is small and has no room for pyrotechnics.

A source said: ''When Celine Dion came to Vegas, they built her the Colosseum at Caesars Palace, and that was a production just for her

''When Britney was announced, they barely touched the stage. She'll be on the same stage as Holly was with a pole. Producers think Britney can make do with two balloons and a feather boa.''

It is said to be of particular concern for the 31-year-old star as she planned to lip-synch her songs and that would become more obvious without the spectacular stage settings she is used to.

The source added to the New York Daily News newspaper: ''It's like Britney unplugged, and Britney literally cannot be unplugged.''

In order to hide her plans to mime, staff at the venue were reportedly given a 'cheat sheet' of stock answers if anyone asked about the performance.

The source explained: ''Everyone connected with this production is freaking out because there is so much at stake.

''The purpose of the cheat sheet was so staff could be economical with the truth if fans were to question them about Britney lip-synching.''

Despite Britney's concerns, the show's director, Baz Halpin - who has previously worked on tours for Katy Perry, Pink and Taylor Swift - said ''the level of detail in this show is ridiculous''.

A spokesperson for Britney denied she has any issue and insisted she is ''very happy'' with the ''groundbreaking'' set.

They added: ''Britney is very happy with the stage and the venue.

''It is actually bigger than previous stages she has performed on. The venue will be groundbreaking.''