Britney Spears heads back to school

Britney Spears is taking lessons in pre-algebra so she can help her eldest son Preston, nine, do his school homework. 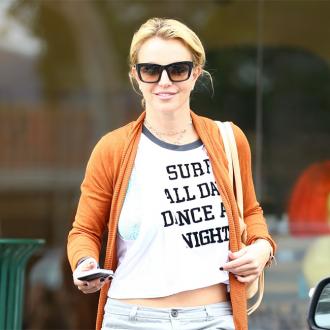 The 'Toxic' hitmaker is taking pre-algebra classes so she is able to help her eldest son Sean, nine, with his homework.

She said: ''They go to a really hard school, and this week we had three hours of homework [a night].

''Some of it is hard for me. Next year when [Preston's] in fifth grade, he's going to be doing pre-algebra, and I'm taking classes so I know how to do it!''

The 33-year-old star - who also has eight-year-old Jayden with her ex-husband Kevin Federline - has revealed she operates a reward system at home for her two boys.

She shared: ''If they get so many A's, they get one toy a month.

Meanwhile, Britney - who has been dating producer Charlie Ebersol for six months - has admitted she would like to have more children ''in the future''.

She told PEOPLE magazine: ''I would like to have one more. I am very satisfied with my two boys but maybe in the future.''

When asked if she'd like to have a baby girl, she added: ''I would love a mini-me. That would be fun!''