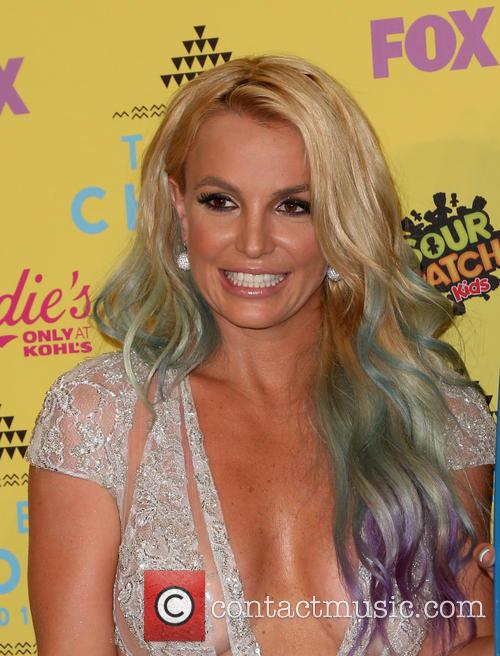 “Fashion has always been something I've loved to experiment with," Spears said as she accepted the award. "It gives us all a chance to express ourselves and our own personalities and to shine in our own way. To all the teens, be fearless in your choice and don't be afraid to be yourself.”

More: View all our pictures from this year’s Teen Choice Awards.

‘Modern Family’ star Sarah Hyland suffered a bit of embarrassment when she attempted to make her way to the stage to present the Teen Choice Comedian award, alongside Pitch Perfect star Skylar Astin.

Hyland tripped on her way to the stage and ended up pretty much flying onto it, causing the actress to say "Are you f--king kidding me,” before quickly covering her mouth. Once she’d again her composure she told the crowd, "I do that sometimes, guys. I'm awkward."

'Vampire Diaries' actress Nina Dobrev gave an emotional speech when she collected the trophy for TV actress sci-fi/fantasy. The actress, who has left the series after six seasons, thanked fans telling them, “Thank you for coming along on this amazing journey. So remember, change is coming, so hold and enjoy the ride, all right? It's going to be fun."

One person who had all eyes on her during the evening was Little Mix singer Pierre Edwards, who recently split from her fiancé One Direction’s Zayn Malik. But Edwards’ ex seemed to be the furtherest thing from her mind when she took the stage with her band to perform their hit ‘Black Magic’.

The girl’s highly praised performance included them starting off in some rather unglamorous outfits, before revealing their usual sexy attire underneath. They also walked away with one of the show’s coveted surfboard trophies, being named choice music: breakout artist, their first US award.