Britney Spears has always been like a ''second mom'' to her sister Jamie Lynn, who is nine years younger. 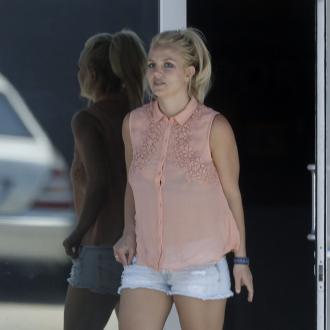 Britney Spears was a ''second mom'' to her younger sister.

The 'Toxic' hitmaker is nine years older than her sibling Jamie Lynn and they believe having such a large age gap meant there was never any rivalry between them growing up.

Jamie Lynn said: ''There's such a big age difference between me and my sister that I think [she] almost was like a second mom.

''She's so supportive and she's so encouraging of me and she's like my biggest fan... She's always had my back.''

The former Nickelodeon star has a ''special'' bond with her older sister and has always been inspired by her dedication to her career, which began when Britney was just 11 years old.

Jamie Lynn told 'Access Hollywood': ''For me and my sister the relationship [has] always been a really special one.

''I'm proud of my sister. She went after her dream from a small town and she's still doing what she loves, so there's something to be said about that and something to be really proud of.

''So I definitely look at that as, you know, it gives me motivation and really inspires me to keep going.''

Jamie Lynn - who has a five-year-old daughter, Maddie, from a previous relationship - married boyfriend Jamie Watson earlier this year and she found working on her new record 'Journey' at the same time as planning a wedding quite challenging.

She said: ''I can't believe that I did everything in one year. I was like, 'If I'm gonna do it, I might as well just release my EP, get married, do it all in one year. Why not?' So I definitely think that I knocked out a lot of big, important things in life in one year, but it's been a good year for me.

''This is a year I'll always look back on as some really big moments in my life and I've got a great support team around me.

''My husband's great with supporting me in what I do, so, I mean, I'm happy. This is my life and I'm just making the best of it. I'm pretty blessed.''