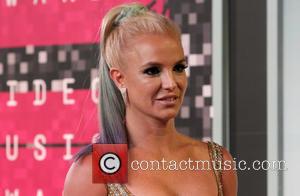 The How I Met Your Mother star enlisted Spears to take part in the second episode of Best Time Ever, which aired in the U.S. on Tuesday (22Sep15).

Spears filmed a skit for the show in which she pretended to interview potential bodyguards while under the direction of Harris and his guest Joe Jonas.

During the sketch, Harris and Jonas gave instructions to Spears, encouraging her to act oddly in front of the new recruits.

The Toxic singer obeyed requests to introduce herself as "the one and only Britney Spears" and demand her hand be kissed, while she greeted another aspiring bodyguard by saying, "Hi, it's Britney, b**ch."

She also showed off her juggling skills, danced for the unsuspecting interviewees, and played a game of musical chairs.