Britney Spears treated a lucky audience to a performance of several unheard tracks from her upcoming 'Britney Jean' album during an intimate listening party in Los Angeles on Thursday night. (21.11.13) 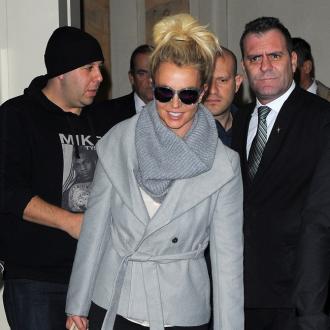 Britney Spears has given a preview of her new album 'Britney Jean'.

The 'Work B***h' singer's new collection isn't scheduled for release until December 3, but she treated a lucky audience to a performance of several unheard tracks from her eight studio album during an intimate listening party in Los Angeles on Thursday night. (21.11.13)

According to E! News, Will.i.am - who executive produced the record - was on hand to support the star for what she described as her ''most personal album'' to date before confessing most of the tracks were influenced by her ex-fiancé Jason Trawick whom she split with in January.

Speaking of the album Britney said: ''It's my most personal album. I went through a breakup this year and a lot of the album has to do with that.''

The 31-year-old singer's set included 'Alien' 'Don't Cry','Tick Tick Boom' which features rapper T.I, and 'Perfume' which was released as a second single from the album earlier this month.

Britney claims she has been very hands on during the production of the record because she is ''perfectionist'' and even revealed sushi and skittles as some of her favourite foods to eat during all night studio sessions.

December will be a busy month for the singer, who will appear in a candid E! Documentary 'I Am Britney Jean' on December 22 before kicking off her 'Britney Spears: Piece of Me' Vegas concert residency at Planet Hollywood Resort & Casino on December 27.